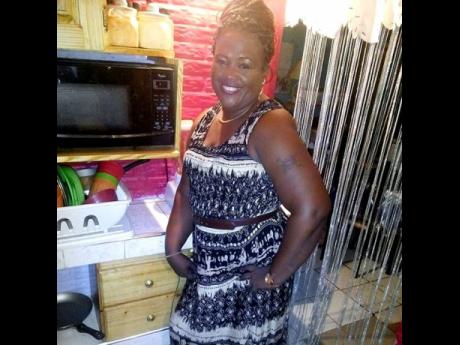 Sixty-year-old Joan Stephen is upbeat about life and has every reason to be. She has been living with HIV for 21 years, and is determined to live her best life.

Stephen has been championing the cause for the more than 30,000 Jamaicans living with the virus. With today being observed as World AIDS Day, the mother of seven is using her voice to call attention to the need for people to engage in safe sexual practices and for an end to discrimination against persons living with HIV/AIDS.

"We have come a far way but there are still persons out there living with HIV who don't know how to cope. Sometimes it has nothing to do with them being diagnosed but has to do with them not having a job and not having anyone to take care of them. I am hoping that the Government will put things in place for persons in these situations that when they are turned out of their homes, they have somewhere to go," Stephen said.

Devon Gabourel, director of enabling environment and human rights at the National Family Planning Board, explained the relevance of the 2021 theme.

"We have always felt that inequalities drive HIV and AIDS in this country. It is proven through various studies and through the transmission of HIV, but now with the COVID-19 pandemic, it has worsened those conditions of vulnerability, destitution and displacement," Gabourel said.

Meanwhile, Stephen, who is a community facilitator with the Jamaican Network of Seropositives, said that having a positive attitude and a strong support group have enabled her to live her best life.

"My happiness has a lot to do with God. It is not me, but I think a lot about what I want to accomplish. I want to own a car, I want my own house and I just want to be sexy because life is not finished, so I know I have to just live. I had a vision and HIV was not going to stop that," she said.

Stephen learnt that she was HIV-positive during a medical examination for an overseas job opportunity in 2000.

"It didn't hit me instantly, but after a while the reality hit and I felt depressed. I had just got married and I wanted to go away and work, and just really enjoy my new life, but that was not the case," she said.

Stephen's four-year-old son and husband were later brought in for testing. Her husband tested positive.

"I didn't enjoy two years of my marriage because my husband got ill shortly after he found out. We were blissful before though. He started to lose weight after he found out and when his condition grew worse, he didn't want to be around anyone, so he went to stay with his mom and I stayed with mine," she said. He died about a year after getting seriously ill.

A few years after her diagnosis, Stephen said she suffered from encephalitis, which is inflammation of the active tissues of the brain caused by an infection or an autoimmune response. She stated that for a year, she had no idea who she was.

"I was a vegetable. I sometimes remember being in the hospital and I was on a ward close to the morgue. God kept me here for a reason because I have already lived my once a man twice a child era," she said.