Murdered pregnant woman longed to be a mom 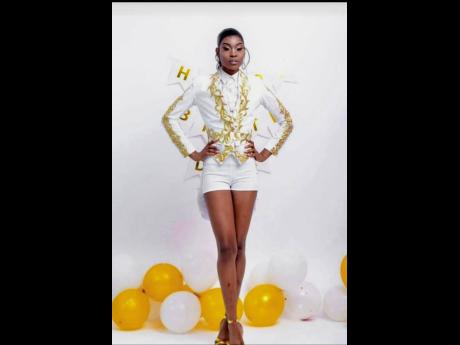 If onlookers had rushed Shantiva Griffiths to hospital after she was shot by gunmen yesterday, could that have saved her unborn child?

This is one of the questions that loved ones are asking after the 26-year-old, who was seven months pregnant, was murdered on Monday evening on North Parade in downtown Kingston.

"It was awful. All of her blood leak out on the ground and I could see her face. She was on the ground for an hour or probably two. Her aunt was trying to save the baby but she was there too long so it didn't make any sense to take her up again. I am wondering if someone had just taken her up when she got shot if the baby's life would be saved because KPH [Kingston Public Hospital] is less than five minutes away. Somebody could have taken her up," said Nickeisha Griffiths, sister of the deceased.

"She was really excited about being a mother," she said of the former Dunoon Technical High School student.

According to police reports, Griffiths, who hails from Bayshore Drive in Harbour View, St Andrew, was shot multiple times in the head while walking along the roadway about 6:30 p.m. in the vicinity of North Parade. She had reportedly just left her job at a wholesale that she manages. Nickeisha said that she was unaware that Griffiths was receiving death threats.

"I don't think she took it serious because she never reported it. I never knew about the threats until she died because probably if I had known I would have told her to report it because we are living in serious times," she said. Nickiesha said that when she first heard the news of her younger sister's death, she instantly rubbished it but contacted their brother to enquire if he had got any reports.

"He told me that he never heard about that but instantly remembered that he had passed a crime scene on his way home. He said he didn't stop but decided to revisit the crime scene which confirmed our worst fears. I couldn't believe and the first thing I kept asking myself was who would want to kill Shantiva. I couldn't believe. I cried all the way to town," she said. "Imagine she was pregnant. So who could be so heartless to do something like that?" One of Griffith's neighbours described her as 'nice and friendly'.

"Is yesterday morning (Monday) when she a go work we a joke with each other. Some guys were teasing her and saying that they still want her although she was pregnant and she just laugh. From last night mi nuh eat because mi can't believe," she said. Another woman who identified herself as Griffiths' godsister, said she remains in disbelief.

"All now mi a look to see her walk out of her pathway. Shantiva is a good good girl. She nuh give trouble and she very quiet. The way she love peace, if yuh all lick her with a stone she nago lick yuh back. She ago cry because she likes to cry. You would never see Shantiva and anyone in argument because she was just not that type of person," she said.