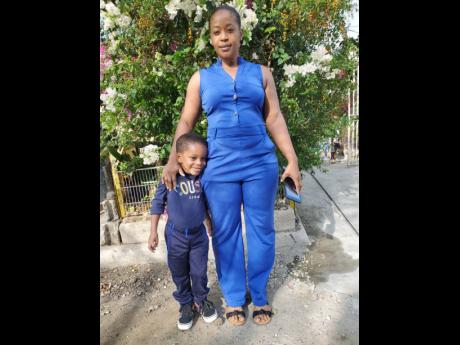 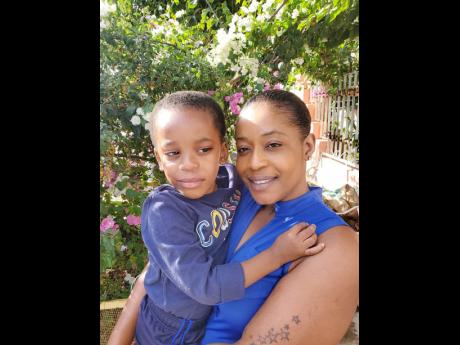 Shakera Dixon and her four-year-old Jabarie.
1
2

Shakera Dixon, 36, is threatening to sue the Victoria Jubilee Hospital (VJH) as she believes her now four-year-old son has a speech impediment because he fell during childbirth.

Dixon said that on July 11, 2018, she was given a drug to induce labour and was told by the head nurse to go to the labour ward. However, another nurse said that she was not ready although her cervix was eight centimetres dilated. Dixon, who had four children before her son, admits that she should not have been getting out of bed.

"But I come off the bed and by the time I was walking over, the baby decides to start coming," she said. Dixon stated that the head nurse got her a wheelchair.

"She said 'The baby coming mother, put the towel between yuh legs'. The porter push mi back over the delivery room and the nurse that had send me out told mi that I should get on the bed and she wasn't going to help mi. Mi tell har say mi have to wait until the pain ease a bit and she say she nah wait too long. Mi kotch sideway in the wheelchair to get up and that's when the baby slide out of mi and went under the wheelchair," she said.

Dixon told THE WEEKEND STAR that she was in severe pain due to the induced labour and that hindered her from taking up her newborn who lay on the ground for approximately 30 minutes.

"The baby was still on the ground and wasn't crying and that's why dem [nurses] run out the room left mi and the baby. The umbilical cord was still attached to mi and the baby. Mi can literally hear dem out deh a cuss a say a who make di baby drop and some a say dem nah take nuh blame for it," she said. "The head nurse from the labour room came in and she shove mi in my head three times and say 'Miss Dixon, you are a woman who have many kids, yuh couldn't catch the baby?'"

Dixon said she noticed a problem with her son's speech at age three and sought medical assistance. A paediatrician diagnosed the speech impediment and has ordered a brain scan.

"I am convinced that it is because he fell and the doctor that I take him to is convinced as well," he said.

Head of the VJH, Dr Garth McDonald, said that he could not speak to the matter as he was not familiar with the facts but directed Dixon and others who want matters investigated to utilise the hospital's client complaint mechanism.

"We will have a meeting with her and anyone else who has a complaint. I, along with the team of doctors and nurses involved will listen to their complaints and document it and have it properly investigated."