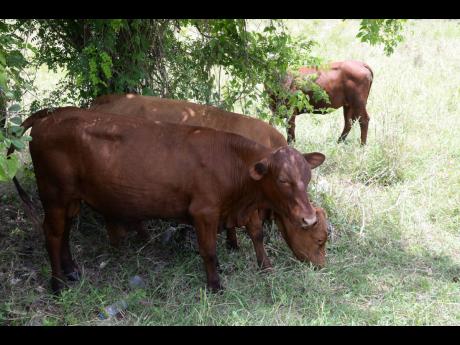 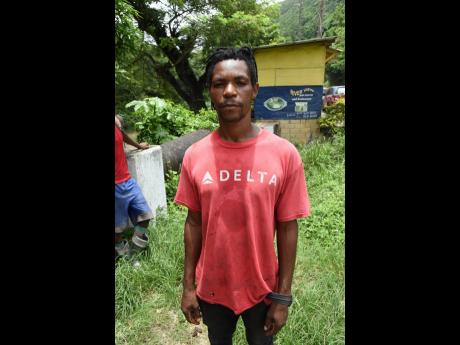 Barrington McKintosh said that he lost eight of his nine cows after last year’s chemical spill in the Rio Cobre.
1
2

He hoped that they would thrive and multiply and improve his life. But that was not to be as weeks after he purchased the animals, the majority of them died. McKintosh told THE WEEKEND STAR that his cows were poisoned after they drank water from the Rio Cobre after a chemical spill in the river in August. He wore a weary expression as he sat with a group of fishermen yesterday outside a shop. He said they are left to count their losses again following another chemical spill and fish kill last week.

"A just the river we life offa. Dem mash we up this time but last year dem mash mi up more. Last year mi buy some cows, nine cow calves and dem drink di water and eight a dem dead. Dem sick off and have running belly and dead. Right ya now mi owe a vet $16,000 and mi don't know when mi a go pay him because the cow dem dead," he said.

McKintosh told the news team that he was never compensated for his cows and relied heavily on his fishing skills to survive. But with the latest chemical spill, his livelihood has been stalled once more.

"Mi have receipt weh mi buy di cow dem fi $15,000 a one. Dem woulda get big ya now. Mi have all a pot down a river about 30 pounds weh mi store mi lobster dem inna and everything dead. It [the spill] affect mi wicked bad because mi nuh know what to do right ya now. A pon di road mi deh and mi need a little help round here so man. We woulda deh a river right ya now a set pot and a catch fish dem and sell because nuh factory nuh round here so and now we don't have nutten fi we live off," McKintosh said.

Last Saturday, residents of Kent Village woke up to the smell of caustic soda and the sight of thousands of dead fish floating in the Rio Cobre. The bauxite company UC Rusal reported that trade effluent at its Ewarton Works Plant in St Catherine had overflowed into waterways in the area. The company said this happened as a result of heavy and continuous rainfall on Friday, July 29.