Man in grief after fiancée gunned down 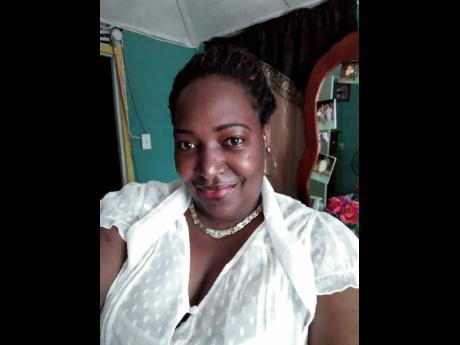 Several hours after watching his fiancee take her last breath, a despondent Lennardo Allen said he was still in shock, unable to erase images from his mind of his bloodied spouse lying motionless on the ground.

Tashana Jackson was one of two persons shot dead by gunmen inside a bar in Rockfort, east Kingston, during a birthday party. The police's Corporate Communications Unit reported that about 9:25 p.m. on Wednesday, Jackson, a bartender, and Adrian Murray, who operated the business, were shot several times after a man alighted from a vehicle and opened fire at the group. Murray reportedly died while undergoing treatment and Jackson was pronounced dead on arrival at a hospital.

Allen cut a dejected figure on Thursday as he searched for the right words to describe his heartbreak. He stated that hours before Jackson died, he began to feel strange. He said that he told her about the "heavy feeling" he was having when the two went into New Kingston to conduct business. He said that he told her that he was not feeling the 'vibes' for the party and asked her not to open the bar. But she insisted.

"So mi say 'alright gi dem two hours out deh and come'. But when the two hours passed mi a tell her say a time fi go in but she a say mi friend no wah wi leave. Mi keep on a say 'b come, mek wi go over and lock up'. She a say no so mi get vex and walk out a di bar. Not even 10 seconds good as mi walk out ... a mind say look back, and when mi look back the only thing weh mi could a do a drop pon mi belly," he told THE WEEKEND STAR as tears flowed.

Allen said that Jackson has been a pillar of strength for him ever since they met two-and-a-half years ago as co-workers in a supermarket. He said they had overcome many arguments and difficult times as a couple, including a miscarriage.

"A inna March mi lose mi baby, enuh. Mi lose mi daughter with her, and wi still a deal with that pain and now she just gone so. Mi heart cyah tek no more. October 24th a go mek two years since me and har deh," he said, adding that they were looking to get married in 2023.