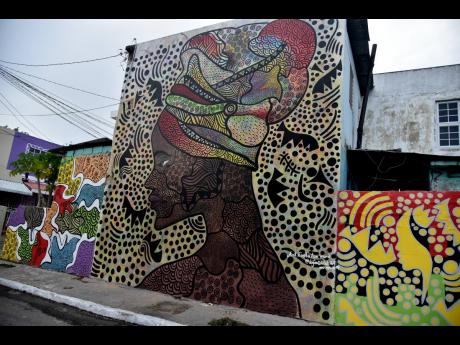 One of the murals done as part of the project. 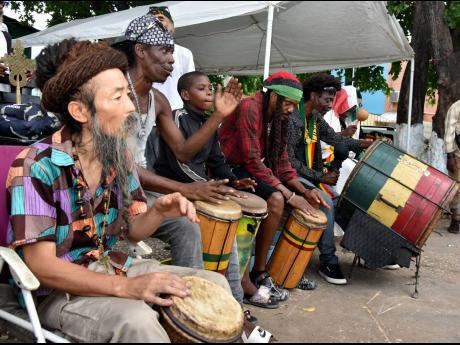 Members of the Bingi Stra Band performing at the unveiling of murals. 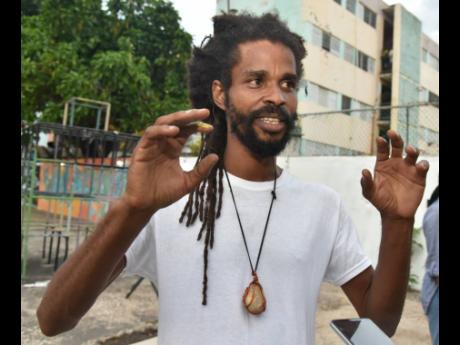 Oneil ‘Coco’ Coke explaining the benefits of the art project. 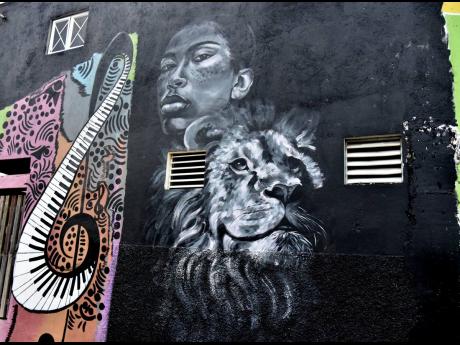 Artists who have been involved in the project say it has changed their perspective of Tivoli.
1
2
3
4

Led by the nephew of former strongman Christopher 'Dudus' Coke, the psychologically battered Tivoli Gardens community successfully launched phase one of its 'Healing Thoughts Through Arts' project on Saturday.

The art project is being spearheaded by the Rasta City Reading Club, founded by Oneil 'Coco' Coke, who was elated at the launch.

"My community's history doesn't have to be about crime and violence. Yes, that's an aspect of it but I believe that the men and women of tomorrow can paint a more civilised picture of Tivoli and west Kingston on a whole. That is the real gist of this effort, so I give thanks to everyone who has joined hands to make it possible so far," Coke said.

Fifteen artists, led by Live Child of the Art Revolutionary Mural Group, and several residents participated in a six-day painting extravaganza between August 25-30.

According to Adirah Chardae, one of the painters, the experience was blissful and gave her the chance to tap into her African consciousness.

"Painting with the children and to observe and absorb their energy and passion was the most memorable experience for me. I didn't know what to expect, I was just excited about the idea of coming here because of the history of the community. The experience gave me a chance to become one again with my ancestral roots, which is all about love and connecting with nature. This whole thing was like a free-flow and I am just amazed by how organic the moment was with the children and they are truly amazing," she said.

Another artist, Sekani Daniel, also said the experience gave him a different view of Tivoli.

"I was here for about two weeks and initially because of the stigma there was some hesitation on being here. But then the whole experience kind of changed my whole view of Tivoli from being a cowboy or western show to a very positive community, despite what has been said. The people here are surprisingly united, the children are very interactive and it's like everybody is one big family. It was shocking to see how involved the children were and the thoughts that they have in their heads about life," he said.

A well-known dancer in the community, Chavanese Williams, said that she, too, was moved by the initiative as it brought back painful memories of the incursion, in which 73 people were killed.

"I lost friends in that war, people who I grew up with. One of my relatives was also involved so I know first-hand the pain that violence brings. [The year] 2010 was a very dark place for me and, to be honest, I am still healing from it. When I look at the messages from these artwork, tears come a mi eyes," she said.