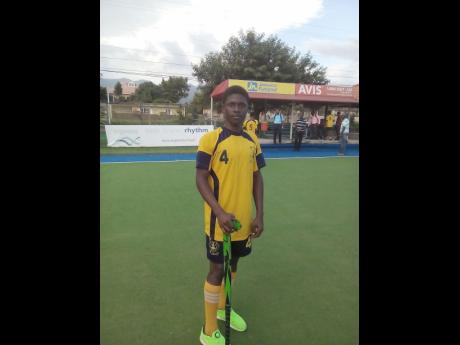 DeAndre Smalling was the hero for Munro College in the ISSA Under-16 boys hockey competition final at the Mona Astro turf on Friday.

Smalling scored a last-minute equaliser against Excelsior to send the game into penalties. He then netted the only penalty to give the St Elizabeth-school a dramatic win over their corporate opponents.

"I thought I could get it (equaliser), and I told my coach about it and he said to go up, so I knew I would score," Smalling told STAR Sports.

"I want to thank my team and the old boys for providing us with jerseys [for the final]. We trained for it, so we were ready," he added.

Smalling was also proud of scoring the winning penalty that gave his team the trophy.

"I just did what came to my mind and I feel very proud of myself and my school. In the Under-19s, Excelsior knocked us out 4-0, so we came back for revenge and we got it," he said.

"We came for a victory; it's our school's 160th anniversary and we decided to go back home with a trophy. We had to make a tactical change by bringing our centre back forward, and it paid off for us, as he equalised in the last minute. We are the only team that is unbeaten through the season and we are happy for that," he said.