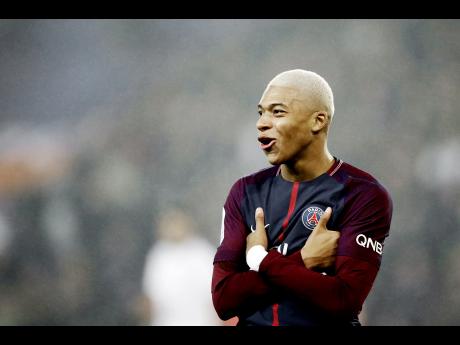 Young PSG star striker Kylian Mbappe admitted that he was close to signing for Spanish and European champions Real Madrid before his move to the French capital.

The 19-year-old Mbappe scored 27 goals in all competitions last season as he helped Monaco to the Ligue 1 title and the Champions League semi-final and appeared close to signing for Real Madrid after months of speculation.

He eventually joined South American stars Neymar and Edinson Cavani at PSG for a reported €180 million.

"It's true that we spoke, but I think that's now in the past for me and for Real Madrid," Mbappe told Spanish reporters. "(I turned down Real Madrid) because PSG is the team of my city."

"I wanted to play for PSG and I am very happy right now about how things are going. There were a lot of rumours about the transfers and it's true that we spoke, but I think that's now in the past for me and for Real Madrid," he added.

"(Joining Madrid) would have been like a Real Madrid-supporting kid from Madrid having the chance to play for his team and deciding to go somewhere else, to another country. I now play for PSG and I will defend these colours 100 per cent," Mbappe said.

Mbappe has so far scored 12 goals in all competitions this season including eight goals in the league. He has also scored four goals in the Champions League.