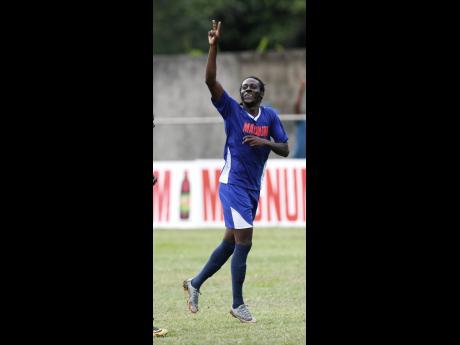 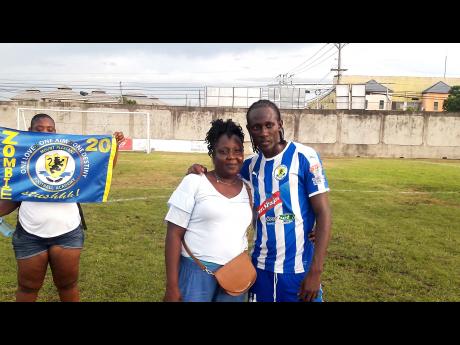 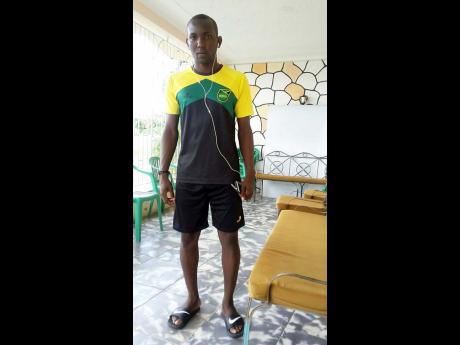 With Sunday's Red Stripe Premier League (RSPL) contest between Portmore United and Mount Pleasant heading for a draw at the Spanish Prison Oval, at least one person in the stands was quite satisfied with the way things were going.

Michelle Shand, who was travelling all the way from Manchioneal in Portland, had two sons playing on opposite sides of the pitch and like she has done all her life, wanted to support them equally.

"I really wanted the game to end in a draw because I didn't want one to win and the other to lose," Shand told STAR Sports.

Shand's sons, Kesslon Hall, who wears the number 20 shirt and plays forward for Mount Pleasant and Rondee Smith, who wears the same number in attack for Portmore United, came up against each other in the league's opening game.

In the end, it was Hall who had the better afternoon, with the top-flight newcomers carving out an exciting 2-1 win over their hosts with a last- gasp winner over the defending champions.

Devon Hodges got the opener with a sixth- minute strike, which was later cancelled out by Rosario Harriott five minutes later. Suelae McCalla, however, got the St Ann team's first win in the RSPL with a long-range missile with virtually the last kick of the game.

The brothers have both set high targets for themselves this season, and as Hall shared the story behind their choice of shirt number, he mentioned that the pair is looking to have a major impact on the league this season.

"I used to wear number 20 from last year, and I decide to stick with it, but he (Smith) switched to number 20 this year so we can look uniform," Hall said.

Smith left the pitch early after the match and was not available for an interview, but according to Hall, the plan is for both of them to lead the goalscoring chart this season.

"We want to score as many goals as possible. That has been our dream, and we think we can do it this year," said the former Happy Grove High School player.

Hall netted 32 times in all competitions for Mount Pleasant last season, 10 of which came in the JFF/Magnum playoffs series.

"I am going for my first goal against Waterhouse at home next week Sunday," Hall declared.