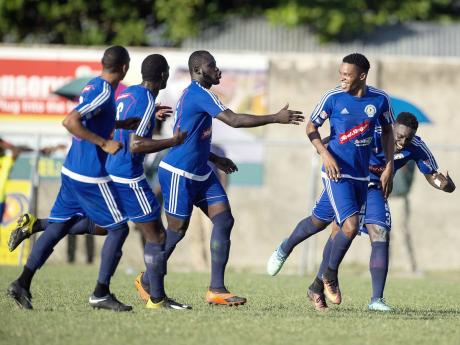 At the beginning of the 2018-19 Red Stripe Premier League season, many experts believed that Mount Pleasant FA could become the second team to be crowned champions of in their first year in the nation's top-flight football.

The lavish spending of owner Peter Gould in the off season had made them one of the strongest teams on paper, and with reputable Donovan Duckie at the helm, the prediction did not seem far-fetched.

But after a dream start to the season, where they amassed 10 points in the first five games, including a surprise 2-1 win over defending champions Portmore United on opening day, the St Ann-based team went through a scary period.

Mount Pleasant only managed to win one of their first five games of the new year and the team's rowdy fans, who travelled with them around the island throughout the season, started calling for Duckie's dismissal.

But manager David Galloway and Gould supported the coach and he has steered them to a third- place finish in the regular season and a spot in the play-offs.

"I think what caused us to do well in our first season is just commitment, dedication, and hard work. We put a group of players together and told them what our purpose is and they adapted to it and worked at it," Galloway told STAR Sports yesterday. "We prepared ourselves in the right way. We put in the right nutrition programme and get ourselves ready mentally. Our main target was to stay in the league and we have accomplished that. We had some sleepless nights, and some hard days but we know that nothing comes easy."

Mount Pleasant amassed a total of 60 points in the season and were only three points away from an automatic spot in the play-offs, but Galloway said this has played right into the plans of the players.

"We don't mind missing the automatic semi-final spot because the players said that they rather play right up to the final than to rest and play again," he said.

The team is scheduled to play UWI FC in the first leg of the quarter-finals on Sunday.