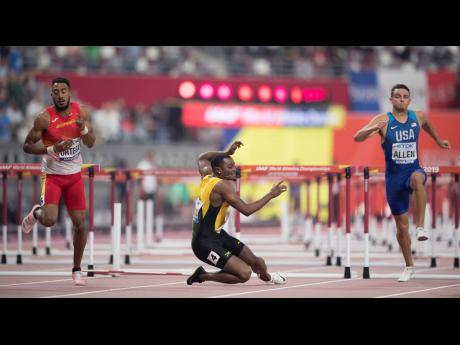 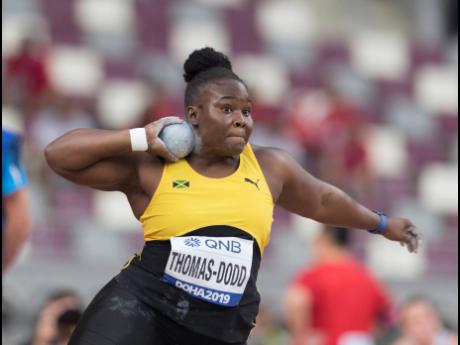 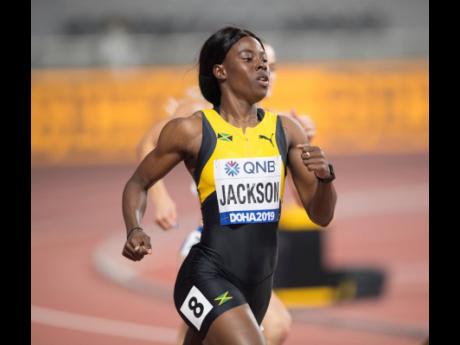 Jamaica's medal count could increase to five today as national recorder holder Danniel Thomas-Dodd and Shericka Jackson are favoured to finish in podium positions in their respective events.

Daniel Thomas- Dodd qualified for today's final of the women's shot put with a monster throw and should be on the podium if she can repeat the feat.

The national record holder launched the shot to 19.32 metres, some 0.92 metres more than the automatic qualifying mark, on her third attempt and will enter today's final, scheduled for 2:45 p.m. with the farthest distance in the preliminary round.

Thomas-Dodd came into the championships with the fourth best throw in the world with her 19.55m effort at the Pan American Games back in July. The 26-year-old just missed out on a medal at the last World Championships.

Jackson is looking to upstage pre-meet favourite Shaunae Miller-Uibo of The Bahamas and Salwa Eid Naser of Bahrain, the two fastest women over the distance this year. The former Vere Technical athlete ran conservatively in the first two rounds and will be ready to unleash today, STAR Sports understands. Her training partner, Stephenie Ann McPherson, is also in the race and is looking to erase her six-year-old personal best of 49.92 seconds.

Omar McLeod failed to defend his World title as he fell in the 110m hurdles final. McLeod told STAR Sports that he injured his hamstring just before the final. American Grant Holloway won the race in 13.10 seconds, while Russian Sergey Shubenkov was second in 13.15. France's Pascal Martinot Lagarde pocketed bronze in 13.18.

Akeem Bloomfield and Demish Gaye qualified for the men's 400m final after finishing third in their respective semi-finals. Gaye, the reigning national champion, ran a season's best time of 44.66 to finish behind Bahamian Steven Gardiner 44.13 and Grenada's Kirani James 44.23.

Rushell Clayton continued her impressive season when she won her semi-final in the women's 400m hurdles in 54.17 seconds. The reigning national champion has the third fastest time going into tomorrow's final. Though she failed to advance to the final, Shiann Salmon was also impressive as she lowered her personal best to 55.16 and finished third in semi-final three.