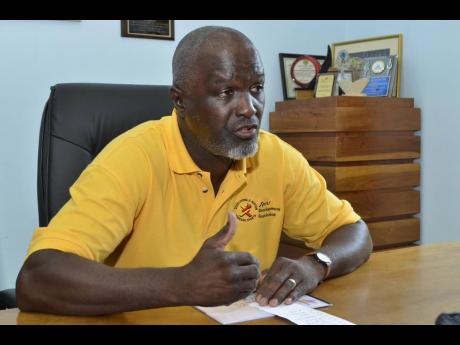 Wilks pointed that the JTTA audit report for 2015 -2018 amounted to an income and expenditure statement, with no accompanying notes or explanations.

"What we received is just a list of expenses and a list of items of income; there are no details. It's a one-pager that just say these things we spent money on and these are the places we got monies, from but no accompanying document and no explanatory notes," he revealed.

He added that the 2019 audit report is also due, but more importantly, he says there needs to be a resolution in the ongoing dispute between the current Godfrey Lothian-led administration and the Andrew Lue-led opposition.

"We need the audited report and a resolution of things with the court order. So we are awaiting things get back to normal in short order," he added.

In September 2019, Lothian defeated Karen Sinclair-Lym for the JTTA presidency, but Sinclair-Lym challenged the result in court and Lothian's victory was ruled null and void. All attempts to resolve the numerous issues and set a new date for new elections afterwards failed.