Knibbs zooms in on Jamaica Open in November 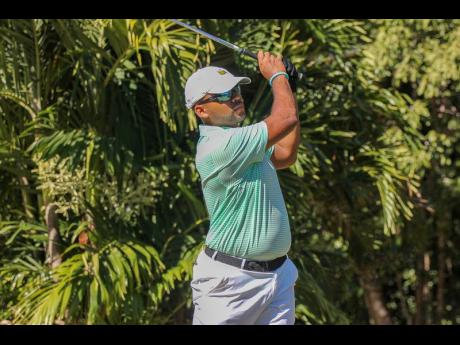 FORMER national golf champion, William Knibbs, will be using the Jamaica Golf Open Championships to assist in sharpening his technique for the Jamaica Open in November.

Knibbs, who helped Jamaica finish fourth at the recent Caribbean Amateur Golf Championships in Turks and Caicos, argues that his skill will be the focus going into the Jamaica Open.

"The next tournament for me will be the Jamaica Open, which will be in November. Preparations have started already after putting the gloves down for a few days following the (Caribbean Amateur Golf) Championships, but I think the major thing for me right now is just to stay on top of my technique between now and the Jamaica Open," said Knibbs.

Knibbs, who won the national title back in 2020, said the decision to start preparations already was to avoid the possibility of rushing to regain his stroke ahead of the major tournament.

"By continuously monitoring the things I'm doing in practice, that way, it limits the chance of things going awry between now and the tournament, so that way I wouldn't have to be scrambling for form or anything.

"Technique-wise, I'm in a good spot, these are the times when you want to capitalise on the things that you are doing well," added Knibbs.

According to Knibbs, who was second in the Jamaica Open in 2021, he competes with peers during his free time to keep his competitive edge and help him overcome the challenges that golfers in Jamaica face of not having a loaded golf season.

He added that he plans to remain competitive by playing in other minor tournaments, which he will use to add to his preparation phase for the Jamaica Open.

"Prior to the Jamaica Open, you'll have other tournaments and those will provide opportunities to stay sharp as well, any competition really," Knibbs added.

The 2022 Jamaica Golf Open Championships will start at the Caymanas Golf and Country Club in St Catherine today and ends on Sunday.