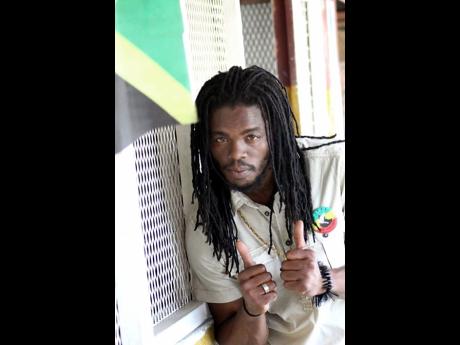 Armani Records recording artiste Bono G is all set to release the video for his popular single, Island in the Sun.

The song, written as an entry in the JCDC 2014 Festival song competition organised by the Ministry of Youth and Culture, made it to the top 10 of the contest. Produced by Jahlando and JJ Wizzle from BMG in 2014, the song has remained popular and has been generating radio play on several local stations.

"My voice is distinctive and different and the message that it is carrying about Jamaica is a positive one, some people even call me an ambassador for my island. SunCity used the song for their 2030 Upliftment of Jamaica campaign to advertise the movement and it just ketch fire from there," he said.

The music video, directed by the talented trio of Wayne South, Chan and Triple D of Caution Films, will premiere soon on all major cable stations.

The single is one of seven that will be on his soon-to-be-released debut EP. The EP features others singles such as On and On and Pretty Eyes among others.

"I see Bono G as the next big artiste out of Jamaica, where reggae music is concerned," South, who is also part of Bono's management team, said.

Born Evol Adrian Bonkcraft Holness on June 14, 1981, he is originally from Tivoli Gardens, west Kingston. He grew up in the different areas, moving from Tivoli Gardens. The name Bono G is inspired by his childhood nickname, 'Bones', which he tweaked.

He developed his love for music at the Greater Portmore High School and was once a member of the group Vibez Machine, alongside reggae star I-Wayne.

He will be aggressively promoting his EP with the help of street guru DJ Kunteh.