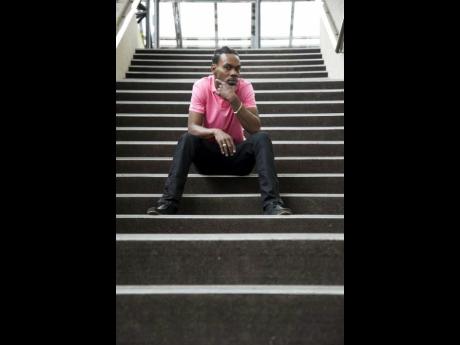 Canada-based recording artiste Kisco, says he has a lot to offer as a new talent in reggae.

The singjay who is known to fuse Reggae with R&B, recently collaborated with reggae artiste Turbulence for a single called Star Girl, and believes the single has the potential to become his breakthrough.

Star Girl is available for purchase on iTunes and is currently distributed by Zojak Worldwide.

Kisco who originally hails from Waterhouse, says the song is already receiving positive attention from the media.

"Star Girl has showed much promise since its release, it has garnered much media attention as well as captured radio DJs around the world. I think Star Girl has the potential to go much further, the whole team has been really focused on this record and we are very excited about its turn out so far" Kisco told THE STAR.

Star Girl was produced by Jabbari Recordz and peaked at number 9 on a Canadian chart in August. Relatively young record producer Ozarri , who was the genius behind the production, says the early success of the song is encouraging.

"I am very happy to see my own work reach this far. The song was recently aired on Much Music which is a huge station in Canada and that is a good look for a Jamaican producer and motivates me to work even harder," Ozarri said.

Kisco is working in his debut EP titled My Life, My Destiny.