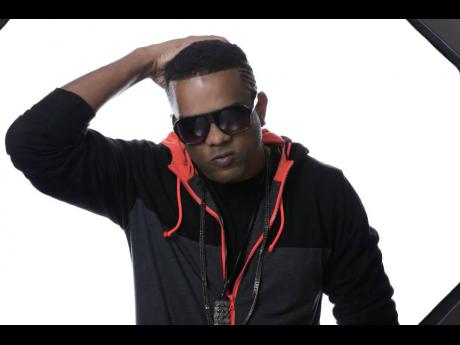 Thanks to a video which has gone viral on Facebook that features dancehall socialite Nikki Chromazz, the song Tallaz by Esco Da Shocker featuring Clueless Brothers has taken off in the dancehall.

Tallaz which was produced by Sheldon Caine for Star$truck Records, is gaining serious momentum not only in local dancehall circles but also internationally.

According to Esco, who is also a producer, the viral video has contributed significantly in the song's current rise.

"Internationally, DJs have picked up on the song. The DJs in Jamaica have also picked up. This is a song we did for the streets but because of the feedback that the song has gotten, we just did a radio edit which will be sent to radio jocks," said Esco.

The viral video sees Nikki Chromazz (who is featured on the song's intro) twerking on a sky walker. Since it was posted on Facebook over a week ago, the video has racked up over 15,000 likes and hundreds of comments.

Nikki Chromazz has also benefited from the exposure as her Instagram followers grew from 56,000 to just over 66,000 within a week. Esco hinted that the song is just a taste of what is to come over the next few months.

"We are working on a number of songs, some really good songs, so fans can listen out," he said.