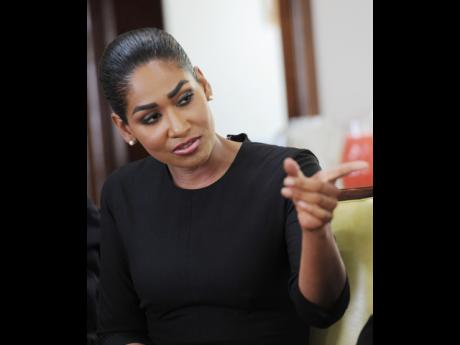 As the date draws closer for the crowning of the Miss World 2015, it has been revealed that the 1993 winner, Youth Minister Lisa Hanna will be among the judges on the final night of competition in a couple of weeks.

The 65th edition of the Miss World pageant is to be held at the Crown of Beauty Theatre in Sanya, China, and Hanna has been named as one of six persons on the distinguished judging panel.

Jamaica's Sanneta Myrie will be competing against 113 other contestants for this year's crown. She is expected to do well for the country and has already progressed to the finals of the Miss World Talent competition.

She was listed among the top 30

contestants who will compete for the Miss World Talent title on Monday, December 14.

South Africa's Rolene Strauss was last year's winner and will hand over the reins to the new queen on December 19.

Hanna declined to release details on the matter, but did confirm that she was asked to be a part of the judging panel.