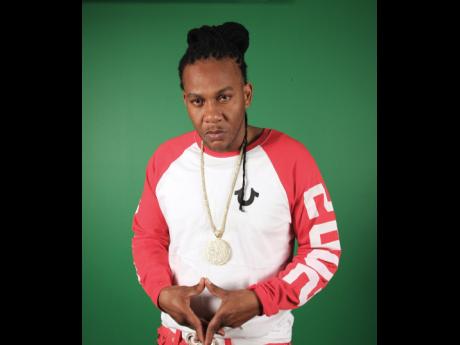 "The song originates from my observation of domestic abuse around the world. Males and females, different races, and people of different sexualities can relate to this mutual problem we face everyday around the world. The song has been getting a lot of air play worldwide, and also from some of the top disc jockeys in Jamaica," he said.

Based on the strength of the single, he did a tour of several clubs in California. The artistee won over several new fans.

"Many of them turned up multiple times at different shows," he said.

I-Sane first started getting a decent buzz with two new singles, Mama Nuh Proud and Missing You in reggae circles in the west coast of the United States of America and the Caribbean.

Born Marlon Morgan in Jacks River, St Mary, his love affair with reggae started at age 12. He was inspired by his older brother, an artiste known as Appleton.

I-Sane soon carved out a reputation for his live performances at school concerts, stage shows, and dances.

In 2009, the unthinkable happened, his brother and role model, Appleton, was killed. He thereafter took a path towards positive music, writing songs such as Hungry Town and Away From Here.

I-Sane has his own record label, Slap Up Records, which is a digital recording label in Northern California.

"It's been a struggle, but I would like to bless up all my fans and all the radio disc jockeys that have motivated me so far," he said.