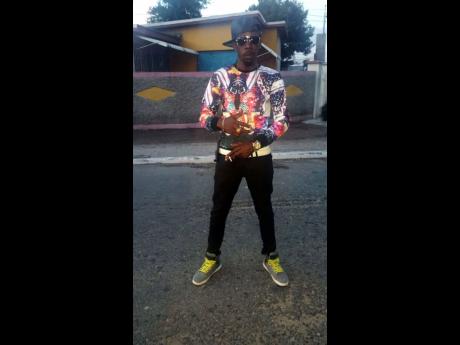 Selector and dancehall artiste Haad fi Deal Wid, more popularly known as Lizard Hype, has been creating a buzz in the streets with his single, Pat It Again, on the JA Productions imprint.

"Mi just want to big up every selector who a gi me a strength inna the streets with the song Foota Hype, Boom Boom, Stone Love, Supa Hype same way. Mi Instagram a burn up every day. Crazy girl a do video with the song and put it up," he said.

There are plans to shoot a video for the single in January. "Mi tell de woman dem fi pat it up, pat up the buff. Mi say pat oonu head. Pat all part ah oonu. Mi never tell oonu fi use block and drop inna it. ladies! careful wah oonu a do. Keep on pat it up, worse it good and great. No drop no block inna it," he said.

Haad fi Deal Wid just inked a deal with JA Productions as a recording artiste. "Big up Justus and the whole team. Rght now mi sign and thing way up," he said.

Born Bryan Dixon, he grew up in Maverley, Kingston 20, and attended Pembroke Hall high School. As a selector, he has carved out a reputation for his slangs and his sample phrases, which earned him a tour of Gambia in 2006 and the USA in subsequent tours.