Elliven gearing up to release Destiny 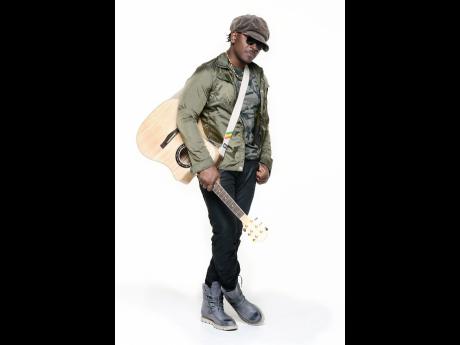 'Destiny' is the name of the latest song to be released by international recording artiste-producer Elliven.

Featuring veteran artiste Jah Thomas, the song showcases an authentic, retro style of the '70s and '80s coupled with the unique, fresh sound of the present.

The rhythm on which the song is recorded is produced by Elliven himself and on his record label, Nap Musiq Productions. The official release date for Destiny is December 15, 2015, and it will be distributed by distributing giants 21st Hapilos.

Though unofficially released, the song has been getting positive reviews for those who have had the chance to listen to it so far.

"I have very high expectations for this song, especially because of the uniqueness that it offers. Jah Thomas is a deejay that was more popular in the '70s and '80s, and I reached out to him because I wanted that retro feel," Elliven said. "Trust me. you will all love this song, especially authentic reggae lovers."

An accompanying video for the song, is projected to be shot in early February. As part of the Destiny campaign, a promotional video, directed by Susan Smith of Power Filmz was released in November to keep the fans anticipating.

"Fans of Elliven-Nap Musiq can look forward to greater things to come from him and his record label camp for 2016.

"I will be releasing many new riddims, plus new songs like New Day, His Majesty and Trodding Souljah."

"This year was a wonderful year for me, and I know 2016 will be a very busy one, with upcoming show dates to be announced, which will include Jamaica Carnival and US-European tour dates."