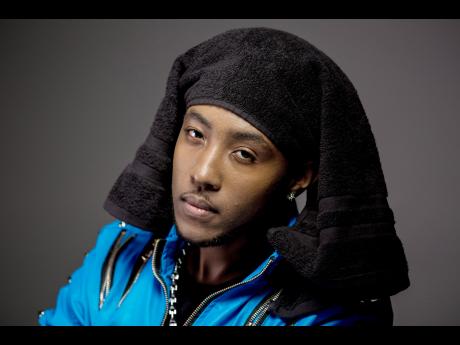 Birchill Records artiste Vershon has made another remarkable step in his budding career as his breakout chart-topper, 'Inna Real Life' has been officially added to the playlist of BBC 1xTra for the week of December 13.

"This is great news for my career and an indication that my fan base is growing internationally," Vershon said.

He is one of two Jamaican acts added to the prestigious 'A' list, the other song being the combination, Who Knows by Protoje and Chronixx. The 'A' list chart features heavyweight acts such as Drake, Ariana Grande, and Kelly Rowland.

He is looking forward to delivering a magnificent performance at Sting 2015 at Jamworld in Portmore as his career continues on its upward trajectory.

"I am coming to deliver the goods at Sting. I have the hits. I am rehearsing hard, and I will be bringing the vibes and energy over Jamworld, so look out," he said confidently.

The artiste, who shot to stardom this year with the widespread popularity for Inna Real Life, produced by Cashflow Records, has continued to churn out the hits. This latest achievement means that the single will be exposed to a wider audience since the channel has an estimated 600,000 hardcore listeners in homes in the United Kingdom and Ireland.

The song is yet to chart on the Billboard Hot 100, but Vershon is hoping for the best.

"Who knows how far this song can go? My management team and I are just going to keep pushing and hoping for the best," he said.