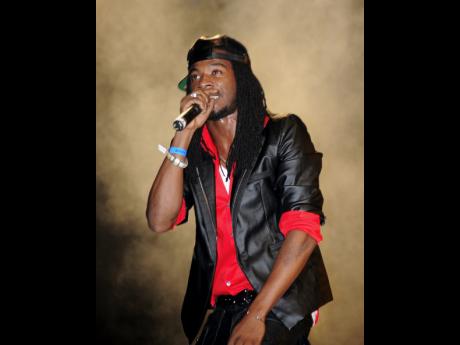 Gold-selling reggae artiste Gyptian has abandoned a popular major label citing that the label is holding back the progress of his career.

According to the singer, his experience with the label has been marred by broken promises and disappointments.

"We had a four-album deal contract. I did three albums, and then I realised that they released a compilation without telling me about, so that amounts to four albums. I did my time with them. Manners and respect, we will go our separate ways. I feel like they have been benching my career because they take long to release your projects," he said.

The artiste also disclosed that some of the agreements made in his contract with the label were not met. However, his copy of the contract was destroyed in a fire at his home in Portmore, therefore, he is unable to divulge some of the information.

"Watch and see now. The minute the overseas artistes realise that I am not with them, they will be coming on board to collaborate with me. I also want labels to know that I am not opposed to signing again. However, I want to sign with a label that cares about my brand and will put me as priority," he said.

"I just want dem to leave mi things and guh dem ways. Big up to Johnny Wonder for the success of Hold You ... that had nothing to do with it; they only benefit from Gyptain," he said.

He recently released a single titled Closer and will drop a new effort with Troyton Records. Efforts to get in contact with the label in question proved futile, and the company's publicist declined to comment.