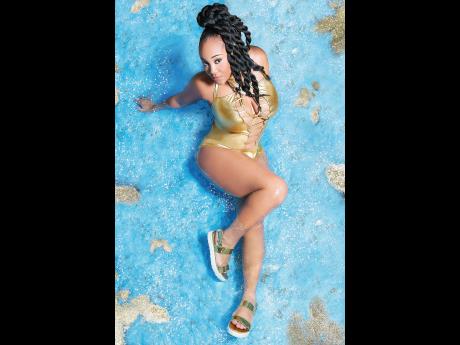 Dancehall artiste Tifa will commemorate her birthday with the staging of three events. They will be held in New York, New Jersey, and Jamaica.

The first event takes place this Saturday, December 9, at Mingles on Boston Road, Bronx, New York. It will feature musical juggling from the likes of Power 105's DJ Norie, Chris Dymond, DJ Mad Out and Bless Tha Child. It will be hosted by Ragashanti.

On Sunday, December 10, the second event is scheduled to take place at Caribbean Sundays at South Rio, Trenton, New Jersey.

The third event is scheduled for Friday, December 15, at Puls8 in New Kingston at MVP Fridays. The event will see Code Red's DJ Lank in action.

Tifa explained why she decided to have three parties this year.

"Jamaica is my home and New York and New Jersey are kinda like my second homes. I get a lot of love there," she said.

She assured fans of what they can expect at the events.

"Well, if you've been to any of my parties you know! Ain't no party like a Tifa party! My parties are not only events, they are an experience! And I usually use to them to give back to my fans," she added.

Tifa is currently promoting some recently released songs. They include Top Class on the Law Rhythm by Suku from Ward 21 and Kind of a Big Deal produced by ZJ Chrome.

There is also a song produced by Kurt Riley to be released.

Tifa is also working on her farewell album, as she plans to retire from the music scene at the end of 2018.

She is also featured in Bacardi UK's four-part music series titled Ladies First: Queens of the Scene, alongside Spice, Allison Hinds, and others.

She recently performed at the Viral Kings event in Orlando, Florida alongside Tony Matterhorn and Foota Hype. She also performed at Cash Talk with Masicka in Negril.