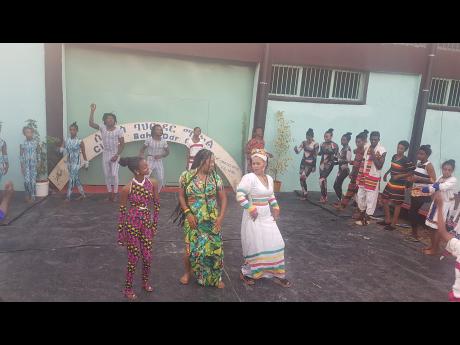 Tasha T (centre) in Ethiopia with the owner of the Circus Bahir Dar Centre, Wude Zeleke Gebre (right) and a student. 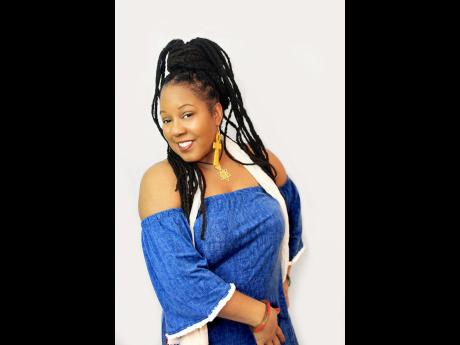 As the recipient of the 2017-2018 'Compete for Peace, Not War' initiative, hosted by the Paris-based World Citizen Artists (WCA), reggae recording artiste Tasha T plans to continue delivering the message of peace and love in her music.

Tasha T's independent single, Spread Some Love, won the award over 2,000 participants in the peace competition.

"I decided to submit the song while I was producing; it was about what is happening all over the world with the gun violence, lack of love among the people, and not thinking about the children. That's how the lyrics came about: 'Spread some love, put down those guns, we gotta think about the children'," Tasha T told The Star.

The song was released in July 2017 on Tasha T's label, RasVibe Records Inc.

According to Tasha T, the message of peace in music can bring forth physical change.

"Music by Bob Marley, Burning Spear and the roots reggae group Culture has inspired people to make changes in their life. That's why I continue to push positive music with that message, as the youth, especially my own, are the main audience."

She says at times the industry has been discouraging, but as part of the struggle to be an influential ambassador of reggae music, she has worked regular nine-to-five jobs to maintain her career in music.

"It is not easy, because some people may not want to hear the messages. I have acquired jobs through agencies, working in administrative departments to factories until it is time to leave out of the country to where the music takes me," Tasha T said.

These jobs have supported past tours in the United Kingdom, and following the feedback received in the UK for tracks like Beautiful World and Bed of Fire from her 2014 album, Real Talk and Fire in Me, released in 2016, Tasha T was invited to Africa to perform.

The Spread Some Love tour in Ethiopia wrapped up before the artiste travelled to Jamaica to accept the award during Reggae Month at the Bob Marley birthday celebration. The music video is also being put together with scenes captured in Ethiopia, Canada and Jamaica.

Tasha T has been a musical ambassador for the Read Across Jamaica Foundation for five consistent years, promoting youth education for which her single, Educate Yourself, was adopted as a theme song.

"I want to make sure I am that role model," she said.

It is one of her wishes to start a foundation of her own, to continue educating and rewarding young people worldwide. Through the RasVibe Record label, Tasha T is embarking on productions with other recording artistes to have tracks on the Spread Some Love rhythm out later this year.