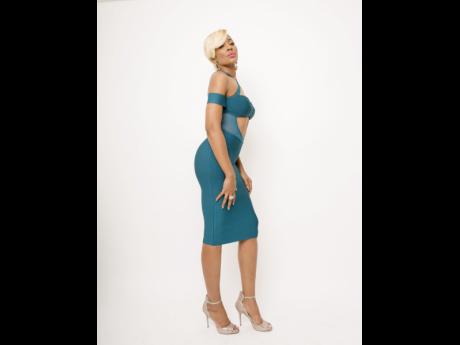 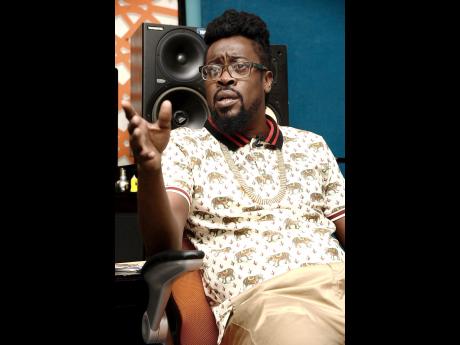 Female entertainer D'Angel celebrated her birthday on Sunday with a show that featured, among other things, an action-packed performance by herself and Beenie Man.

But D'Angel has come under fire for a video that has been circulating, showing her efforts to dance with Beenie Man on stage while singing One Man.

The video shows Beenie Man making a few steps away from D'Angel as she asks: "Ah fraid yuh fraid fi dance wid me?" His response was: "It is not appropriate at this time."

Some of the comments on the YouTube video make D'Angel out to be 'troublemaker' and state that Beenie Man had either played a prank on her (seeing that it was April 1, All Fools' Day) or that he embarrassed her.

Assumptions were also made that the performance could have ended up causing problems in Beenie Man's current relationship.

But D'Angel said she had no reason to be embarrassed.

"We have a mutual respect for each other so we are not concerned with silly remarks. It's all in fun and entertainment, not a prank but us joking around," she said. "It is always a good feeling that I can share the stage with my son's father, who is also my colleague, and moreover that we can still come together in a birthday setting. That shows maturity."

D'Angel says it took her a while to accept that her birthday was on a day that is common for nonsensical pranks to be played.

"Growing up, it was always normal for me to receive a prank or two on my birthday, it being April Fools' Day, All Fools' Day or as it is known in the Caribbean as 'Tom Fool' Day. I have learnt to appreciate the day I was born on despite all that," she said.

D'Angel said for her, April only means strength like diamond, which is the birthstone of the month.

"It represents so much of who I am as a woman, and D'Angel ain't no fool," she added.

She said the worst prank she has ever received was a few years ago, when she heard that her clothing store, Angel's Fashion Boutique in Princeville Plaza, was burning down.

The entertainer, dubbed the 'first lady of dancehall' said the special birthday memories have outweighed all the negatives, especially those coming from individuals who try to put out defamatory content on digital platforms and social media.

When THE STAR contacted Beenie Man's management team, they declined to comment.