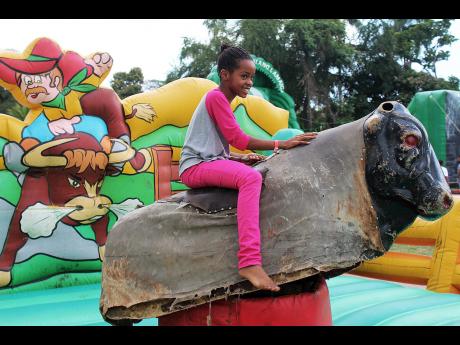 What's an amusement park without a mechanical bull ride? 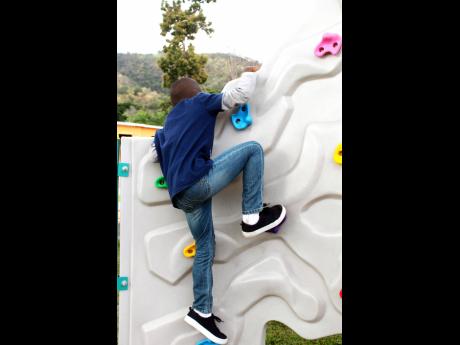 One young explorer tries his hand at rock climbing. 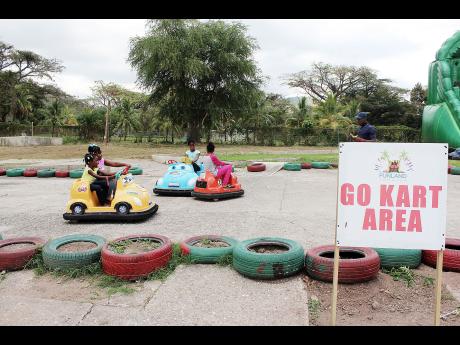 The Go-Kart Track at Funland Jamaica in Hope Gardens. 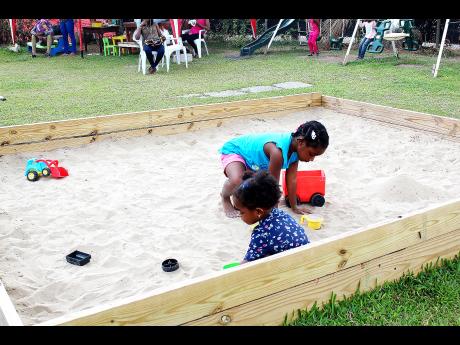 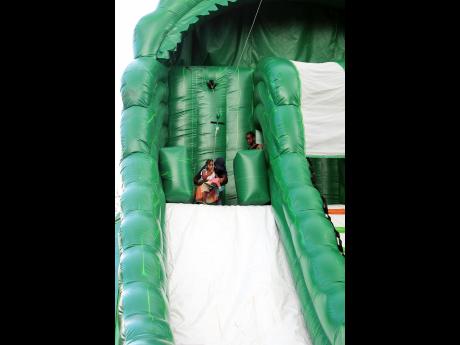 Over the Easter weekend, more than 2,000 persons visited Funland Jamaica theme park (once known as Coconut Park) in Hope Gardens.

This special promotion for GSAT students to enter free on Good Friday secured the highest attendance.

The park is usually opened to the public on the second and last weekend (Friday to Sunday) of every month from 10 a.m.

May Pen Primary and Port Maria Primary were among the schools that treated its grade-six students to a day at the park.

Although the theme park is nowhere near what the operators, FYI Consultancy Group, are visualising for the future, it is still considered a fun environment for children.

Paula Pinnock, managing director at FYI, said it is going to take time to build an amusement and theme park greater than what it used to be.

Funland Jamaica has added new features, such as the splash zone (water rides) and a mini gaming arcade.

"There is no park without some water feature in the present day. We want to recreate the childhood memory that some of us have, but add elements like the splash zone with a proper gigantic water slide," said Pinnock.

NOT ALL PERMANENT RIDES

The rides that are currently in place at Funland Jamaica are not all permanent, which was a cause for concern for some parents who attended throughout the holidays.

At the entrance, there is a visual plan of what persons can expect for the future, including a Ferris wheel, Usain Bolt speed track (go-kart racing), and paint ball area, among other attractions.

"It is going to cost billions, and we're speaking in US dollars. We have different avenues, from sponsorships and to reaching out to various investors that may want to partner with us. Funland Jamaica is working to become a place the Jamaica Tourist Board and the Caribbean can look at in the future as a place of attraction," said Pinnock.