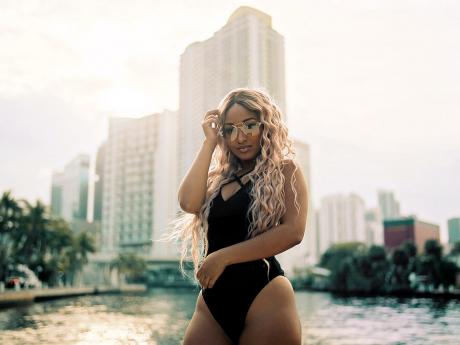 Soca and calypso have always been the foundation of carnival in the Caribbean and have always succeeded to trigger a feel-good attitude and put everybody in the mood to support the events of the season.

The music, which comes from Trinidad and Tobago, Barbados, Antigua and Barbuda, and St Lucia, among other islands, is normally released at the end of the carnival season for the following year, so, for instance, songs for the 2018 carnival season were released in 2017.

During the season, local dancehall artistes like Shenseea, Razor B, and Charly Blacks jumped on the mixing boards to create or collaborate on soca-dancehall songs.

But do the artistes think they could do more music that would be welcomed and would help to kick-start the season in other islands?

"We are Jamaicans, and anything our local artistes put their minds to will be done," Shenseea told The STAR.

In many other Caribbean countries, the traditional aspects of carnival include the production of soca music, which must happen between April and December after a season ends.

If dancehall acts follow the formula this year, by February 2019, socaphiles will be familiar with the rhythms and lyrics of new soca songs. If the artistes start releasing singles as late as January, those songs will get lost in the soca from other islands.

Meanwhile, the dancehall songs of Aidonia, who performed at the Big Wall event during Sunday's road march with his 4th Genna colleague, Govana, were well-received by the Xodus patrons from Jamaica and visiting nations.

Singles like Breeze, Genna Bounce, Yeah Yeah and No Boring Gyal had even the diehard socaphiles doing splits on the ground.

Aidonia told The STAR that he has no problem with the idea of working on a track specifically for carnival 2019 and hinted that there could be a soca-dancehall track in the pipeline with soca royalty Bunji Garlin.