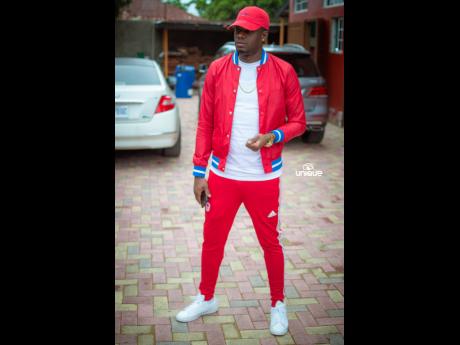 Ding Dong continues to reap success worldwide with his dance moves and catchy singles, but the transitioning recording artiste says that his songs are not always upbeat.

To fully cement this 'flairy' movement, Ding Dong has released yet another track, titled Flair Is In The Air, which has received more than 150,000 views on YouTube. There are also many dancers doing routines to the song.

Meanwhile, the recently released music video for Working Girl, a single that was released in 2017, received more than 160,000 views on YouTube in just one week.

"In terms of music, there are times dancehall artistes do different songs. But the industry is a weird one, so you have to work with what you are given sometimes," Ding Dong told THE STAR. "When them done with you in the business, them done with you, and me see it mad whole heap a artistes. It mess you up sometimes."

The Lebeh Lebeh artiste stressed that he is not in the music business to only do dance songs, and Working Girl is evidence of this. The melodious single also shows a different side to Ding Dong , who singjays in a softer, more expressive tone.

The music video for the song captures an ambitious female being supported by her man (played by Ding Dong). However, "the two-and-a-half minute production could not possibly cover all the work areas for women from the office, market, and construction sites to the home," he told THE STAR.

Additionally, Ding Dong said that he opted to play himself, a dancehall artiste who supports his woman and family.

"As artistes, we tend to shy away from being an artiste in a video. We would rather play another character and never ourselves," he said. "For me, I am constantly around females. I am witness to their drive and work ethic, and many times, dancehall music say dis and dat bout woman, so I just decided to do a neutral scenario, but one that glorifies hard-working ladies," he said.

Another song that has the ability to gain Ding Dong more fans from an audience outside of dancehall is Happy Life, which was released a few days ago. The song is comparable to Holiday in terms of the lyrics and rhythm and is likely to remind persons of the track that took the 2009 summer party season by storm.