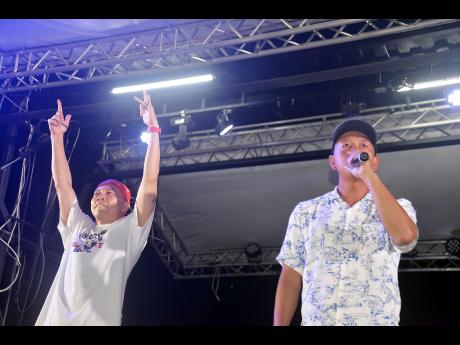 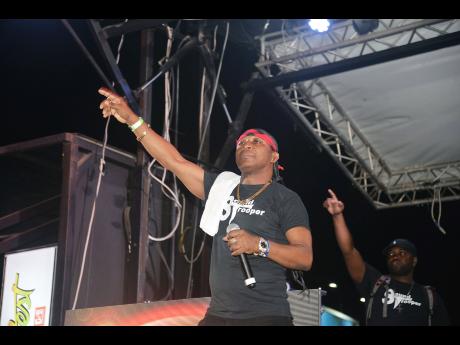 Ricky Trooper gets the crowd's attention. 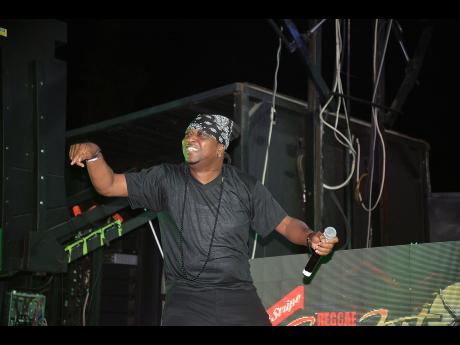 Pink Panther getting in the groove. 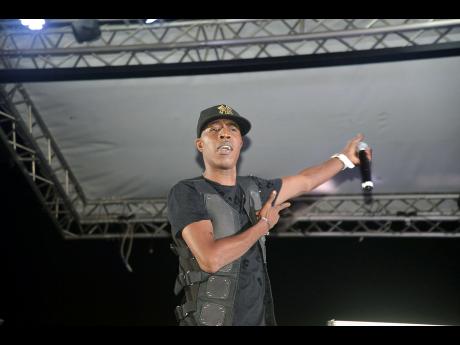 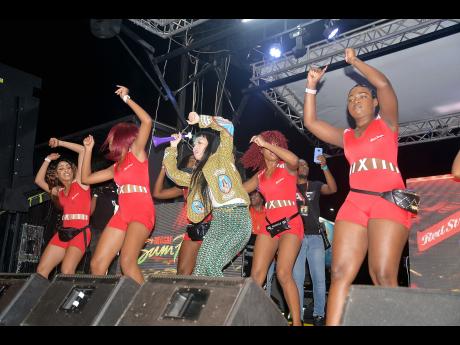 Nani Chrissie (centre) and the Red Stripe Girls dancing up a storm. 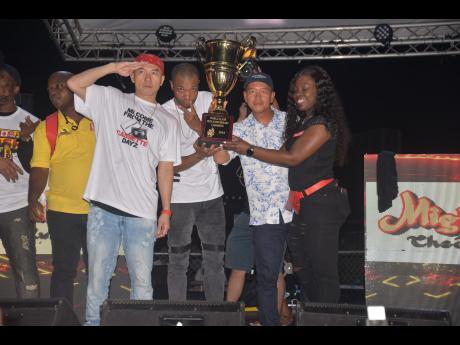 The jam-packed and energetic event was held at Pier One in Montego Bay on Thursday night, where the five-time World Clash champion faced off against Pink Panther, Ricky Trooper and Tony Matterhorn for the title.

Each sound system was given a 10-minute slot across four rounds to prove their mettle to patrons, who acted as judge, jury and executioners for the night.

The first round was mainly a warm-up exercise for the sound systems, who also used the time to pitch an early campaign for the crowd's approval before eliminations began in round two.

It was down to Mighty Crown and Tony Matterhorn in a 'chune fi chune' face-off. Matterhorn laid on the onslaught with hit dubs from the likes of Tommy Lee, Rygin King, Vybz Kartel, Capleton, and even 50 Cent.

Mighty Crown, however, with Masta Simon, Sammi T and Ninja at the helm, was ready and dropped tracks from the timeless Super Cat, Beres Hammond and Jimmy Cliff to eke out a win and walk away with the title.

"We have been doing this with Tony Matterhorn for a long time so we knew how to bring it to him," Sammi T told THE STAR. "I know how to bring in my songs so he just could not beat me. It was that kind of night."