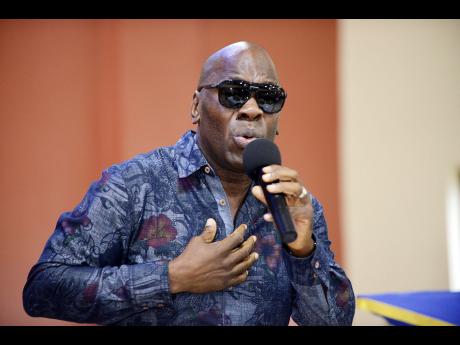 Reggae artiste George Nooks is upbeat about the prospects of his latest album, 'For You'.

Released by Tads Records in late August 2018, Nooks feels that this album is a bona fide winner.

"This is the first time in 15 years that I have done a lovers' rock album. A lot of time and effort went into this and I am pleased with the response so far, as the album starts off with a bang. The songs are getting play on several reggae radio stations and clubs, especially in Europe. Right now, I am looking to finalise some shows in Europe to support the album," he said.

He has poured his pent-up passion and emotion into the 16-track compilation. Of the 16 tracks, 10 of them are written by Nooks himself.

The artiste believes that the album boasts a unique blend of soul and depth that lovers' rock aficionados all over the world will fall in love with. Lovers' rock is a style of reggae music noted for its romantic sound and content.

Original songs such as the title track, How Long and Chance of a Lifetime reflect the best examples of the subgenre which peaked in popularity in the mid-1970s.

Some musicians who have worked on the Nooks project include Mitchum Chin, Lamont Savoury, Kirk Bennett, Donald Dennis, Sly and Robbie, Owen Reynolds and Karl McLaughlin.

"I am going to shoot a video for Love Light, a Dennis Brown song, later this month," Nooks added.