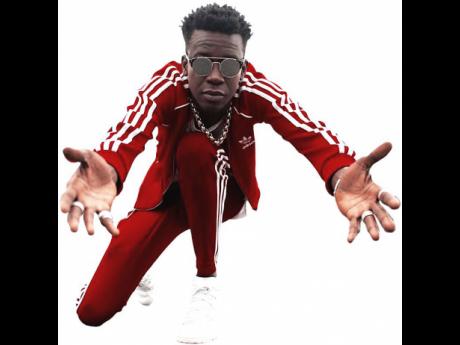 "It's an album to make the world happy and to feel Chi Ching Ching's vibes. It's the story of Chi Ching Ching. The album is prepared for everybody. It has all different types of songs on it, and it's not just dance tunes; this album will show off who Chi Ching Ching really is," the artiste said.

Before he got his big break in music, Chi Ching Ching was making the rounds in the dancehall as a dancer. The artiste has several callouses on his hands from walking around with a red carpet to every dancehall event he attended for five years. He no longer carries the red carpet, but he said that he carries the memories to remind him of the struggle and of where he's coming from.

Chi Ching Ching's journey also saw him working as a 'side man' on a truck in downtown Kingston. He was contracted to work for two weeks but did such a great job that he was asked to stay on.

"It was really hard to break into this industry. Mi live a Golden Spring, and mi a do a nine-to-five. Mi affi reach work eight 'o clock in the morning, and mi affi tek on the road," he said. "When mi lef my yaad a night-time, mi affi leave before bus stop run 10 'o clock because if it stop run, mi nuh know how mi a go reach off a di hill, and mi do that fi five year straight because mi know wah mi did want," he told THE STAR in 2016.

Chi Ching Ching said that the title of his album is most appropriate.

"It means that I am coming from nothing to something, and I turn nothing into something," said Ching.