My career is getting better - Shauna Chyn 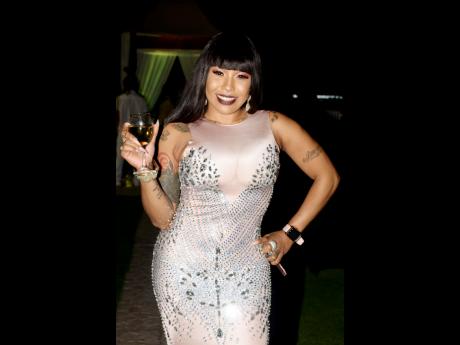 Dancehall artiste Shauna Chyn says she is booked and busy as she continues to rebuild and rebrand.

The entertainer told THE STAR that since deciding to 'clean' up her image and start afresh, she has seen significant improvements in her craft and an increase in the amount of attention she has been receiving from music lovers.

Chyn added that since dissociating herself from her ex-fiance, Gully Bop, she has managed to get her label, Boss Chick Entertainment, up and running again, and she has been flooding the music scene with a slew of new singles. The latter, she says, has allowed her to place herself in a position for constant bookings.

Chyn, who made appearances at the Pink Run and a charity stage show at Seaview Gardens last month, told THE STAR that as the Christmas season approaches, her calendar is filling up nicely, with several events across the island, the Caribbean and Canada.

"I will be on the Mello FM roadshow for all of November. I will then head to Canada on the 23rd of November for a show there, and I'm really looking forward to that," she said.

"I just want people to come out and fulljoy demself because I'm going to give them all that I have. I know my career is getting better each day. When I go to shows and see people railing for me, it's such an awesome feeling, and it just motivates me to continue to grow."

Chyn, who is currently promoting her latest single, Stew Peas and Lemonade, said that she plans to continue to saturate the music industry as she tries at perfection.

"It's very important that I remain consistent and continue putting out projects. I will continue to put in the work because I really want to perfect my craft," she told THE STAR.