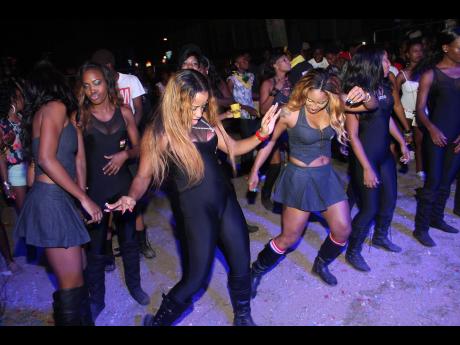 In this 2013 file photo, the Boom Divas were seen dancing up a storm. 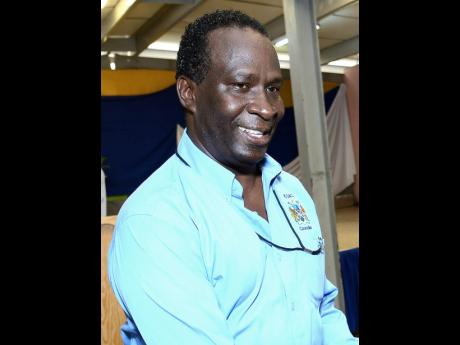 Boom Energy Drink has pointed to budgetary constraints as the main reason behind their decision to withdraw as title sponsors of the annual Ghetto Splash.

Earlier this week, event organiser Patrick Roberts revealed that he received word from Boom just last week that they would not be coming on board as the show's major sponsor this year, despite being the title sponsor for the past five years.

However, in an interview with THE STAR yesterday, Boom representative Chieftin Campbell disclosed that the proposal from the organisers of the event came to their attention last week. He said despite the late admission, the proposal was shown high priority because of the long relationship Boom and the Ghetto Splash organisers have had.

Pointing out that it usually takes some time before promoters hear back from sponsors regarding their decision on sponsorship, Campbell said that his team responded promptly to the Ghetto Splash organisers. He explained that although it was decided Boom would no longer participate as title sponsors, they still offered to be part of the event. He said that he is yet to hear whether the organisers will accept that offer.

"We do not have a long-term contract with Ghetto Splash, it's a procedural thing. When an event organiser sends a proposal, it goes through a review process and usually that process takes at least two weeks. However, it (sponsorship) was something we were discussing before, so when they sent the proposal, we responded the day after, that we wouldn't be able to title sponsor the event,' he said.

"We did offer to be part of the event. It's just that we could not afford it based on budget. We offered them something, but it wasn't what it was the year before. Boom is a brand for the people, and we've had a good relationship with the organisers as well, and we are not happy that we cannot meet their expectations this year. But we still want to work with the people because it's a really good event. We like the initiative behind it, and we want the event to be successful."

With that said, Campbell said that Boom's decision to hold back on title sponsorship this year is not an indication that will be their position come next year.

"It's not something I can promise now, but all things being equal, this will always be an event that will always be under consideration for that (title sponsorship). We love Ghetto Splash. We have a good relationship, and we'd love to keep that relationship going," Campbell told THE STAR.