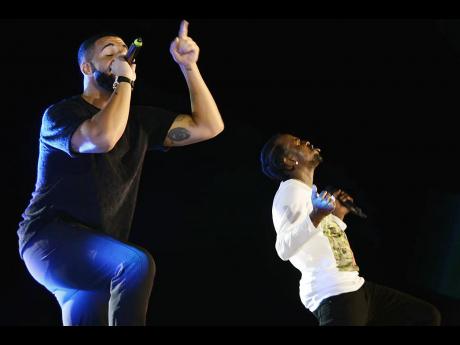 Popcaan(right) will start 2019 working much closer with his friend as he has been signed to the Canadian's OVO entertainment group. 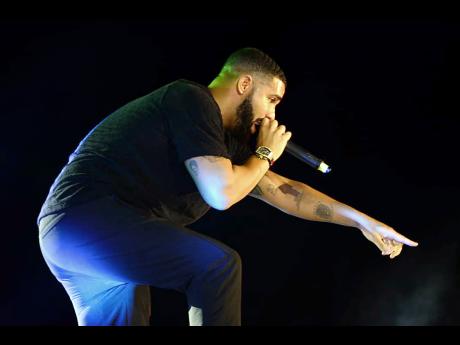 Two Thousand and nineteen will mark new beginnings for entertainer Popcaan. The 'Unruly Boss' is slated to officially become the newest member of Drake'e OVO entertainment camp in the new year.

Drake, who was making his performance debut in Jamaica, made the revelation during his set at the inaugural Unruly Fest in the wee hours of Sunday morning. The announcement was met with loud cheers, and thunderous applause from the massive crowd at Lyssons Beach in St Thomas. "This is something we've been working on for a very long time, and I just wanna let everyone know that finally, officially 2019, Popcaan a sign to OVO label," he said before sealing the deal with a hug with the 'Unruly One'.

Drake's label is a Toronto-based record label he founded with Oliver El-Khatib, and long-time producer Noah '40' Shebib in 2012. It operates as a subsidiary of, and is distributed through Warner Music Group's Warner Bros Records. The label has acts including Drake, PARTYNEXTDOOR, Majid Jordan, OB O'Brien, Roy Woods, and dvsn, as well as in-house producers 40, Boi-1da, T-Minus, Mike Zombie, Nineteen85, and Future the Prince.

Drake and Popcaan have been close friends for years, with both often referring to each other as 'brothers'. The pair share numerous collaborations, and have always endorsed each other's work. The two shared the stage as Drake gave his first performance in Jamaica.

There was undoubtedly a camaraderie between both men, as they shared jokes and drinks backstage. The Canadian often copied Popcaan's slangs in his interaction with the crowd. His imitation of phrases like 'dem dead' and 'trouble deh deh,' were met with huge cheers of approval.

The multiple Grammy award-winning artiste heaped praises on Popcaan throughout the night as he urged the audience to continue supporting the deejay, who has helped to thrust the parish back into the spotlight with the staging of Unruly Fest. He explained that artistes who never forget their roots, deserve the love and support of their people.

During his brief set, Drake thrilled the audience with songs such as My Chargie and Controlla, both collaborations with Popcaan. He also gave the audience a taste of tracks such as In My Feelings and Fake Love.