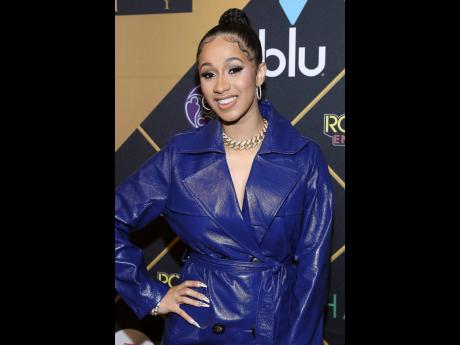 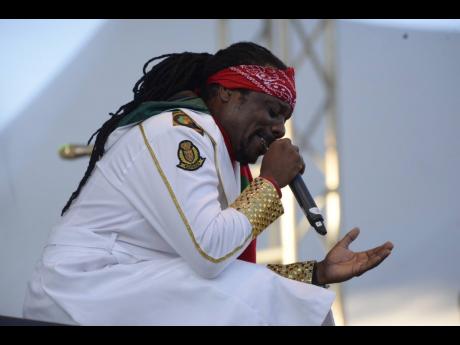 A video of Grammy-winning rapper Cardi B vibing to his hit song 'Coming Over', has reggae artiste Chuck Fenda over the moon.

The post made by the rapper on the weekend, shows her singing along to the lyrics of the song, while her husband Offset lovingly caresses her neck.

Coming Over, a track Fenda did with songstress Cherine Anderson, topped all major charts for weeks following its release in 2007.

The Cardi B video has been making the rounds on social media and was even re-posted by Fenda himself.

Following what many would consider as a major endorsement, Fenda described the whole experience as a 'great feeling'.

"People from all over the world was just sending me the video saying: 'Cardi B singing yuh song, she love it' and it was just a great feeling inside. I sang this song from my heart with Cherine Anderson, and it's just an overwhelming feeling inside to know that the work is being recognised internationally," he said.

Fenda noted that it was not the first time an international artiste had posted reggae songs, but "I appreciate that Cardi B chose my song to share with her over 42 million fans".

The artiste says this endorsement will go a long way in helping to push his career even further, as he now has millions of possible new listeners.

"On an international platform like that, so many more people will get to know Chuck Fenda. I'm grateful for the exposure because her audience may start looking for me, searching for my works and that's great. It's not just good for me but it's a great look for reggae music and Cherine Anderson and Jamaica and what we stand for, quality music."

Fenda believes the endorsement is testament that good music is timeless.

" Coming Over has a few years under its belt, it's not a new song, but it's a song that stands predominant because it's a classic. Good music lasts forever. Just like how Bob Marley sing No Woman No Cry and I Shot The Sheriff and these songs are living from generation to generation, Coming Over is one of those songs. Everytime you hear it, you just keep loving it," he said. "I encourage young artistes coming up not to watch the hype. Do not get caught up in the bagga illusion, just do good music ... not a three- month song or a six-month song. Work with good producers who know good music and good riddims to put you on."

Fenda is currently in Haiti where he is headlining two major events. He is set to visit the US this weekend for performances, before returning to Jamaica to continue promoting his new single Gideon Hot, produced by DJ Fire Wayne.