Patrons pull out all stops for Perry’s Pure White 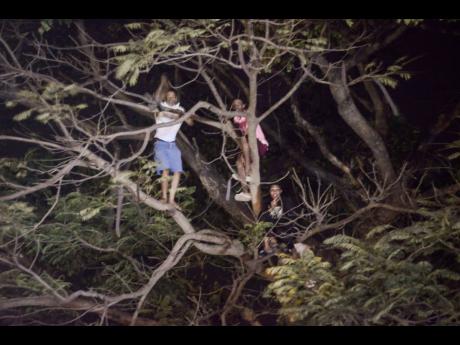 These men didn’t spend any money to enter the venue, but they were determined not to miss any of the activities. 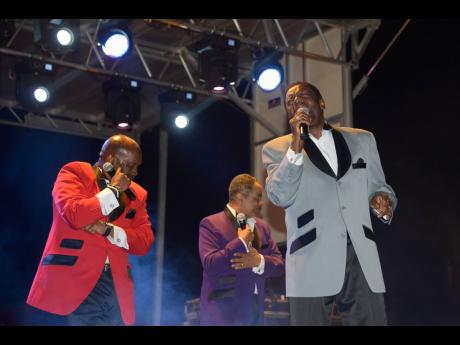 The Manhattans in performance at Perry’s Pure White Birthday and Pre-Mother’s Day event. 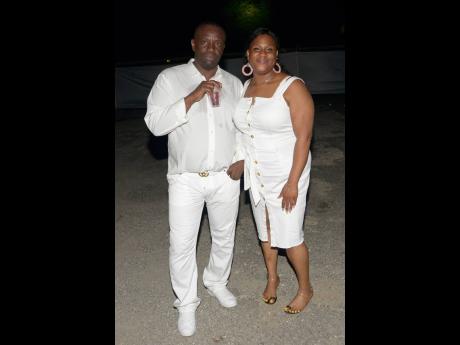 Siblings Mark and Claries Clarke came in for the event. 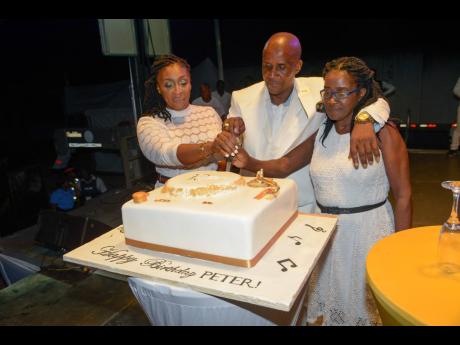 Nothing could stop some music lovers from experiencing Perry's Pure White Birthday and Pre-Mother's Day party in Spanish Town on Friday, not even a lack of passes.

Held at the examination depot in the old capital, Spanish Town, men could be seen high in a neighbouring tree, dancing and having a jolly old time as singer George Nooks performed.

They were not the only ones who 'travelled long distances' to witness the soiree, as American siblings Mark and Claries Clarke were also in attendance.

"I am enjoying the show and it was well worth the trip," Mark told THE STAR.

Spanish Town native Sophia Beckford added, "It's been a while [since] we have dem kind of entertainment here in Spanish Town. The lighting and sound kinda poor, but me a try me best fi enjoy myself."

It marked the inaugural staging of the event and saw the debut performance of international R&B sensation The Manhattans in the old capital. It also marked the first time in close to one year that esteemed sound system Bass Odyssey played in Spanish Town.

"This is very special for us, we always find it a pleasure to give back to our fans, so it's a good vibe," the sound's MC, Spready Glory, told THE STAR.

He added that he was surprised when he saw the roster, as many were curious to see how the dynamic between a vintage R&B group and a sound system would unravel.

"It's a wonderful look. This is the fourth generation of Bass Odyssey from 1989 'til now and it goes to show how diverse we are," he said.

Killamanjaro and Perry's International Sound also served clean music from the 1980s and beyond.

The Manhattans made their 40-minute set count, showing off their expansive catalogue, including crowd favourites Shining Star, Kiss and Say Goodbye, There's No Me Without You, and also their new single, Get it Ready.

Lead singer Gerald Alston commended the man of the moment, Peter Perry, for orchestrating the event and donating part proceeds to the Women's Centre of Jamaica Foundation in Spanish Town.

"That is a very important cause, as many of our women are abused or single mothers and it's important that they have a chance," Alston said. "I'm glad this is what this is all about; we're glad to be a part of it."

It was a successful night, according to Perry, who confirmed that American blues singer Dorothy Moore will headline next year's event.