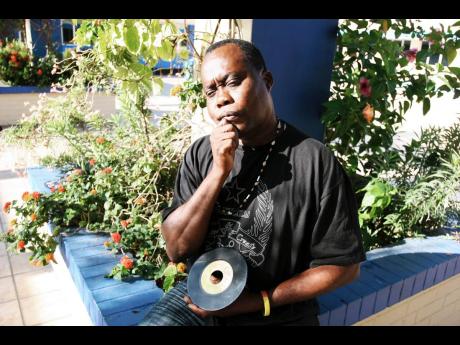 US-based Jamaican recording artiste Carlton 'Peppermint' Reckford started to produce his own music close to 40 years ago. Despite the many traffic blocks on the road to becoming a recognised entertainer, he has not parked his musical vehicle.

"I started to produce myself in 1982 without a sponsor because I knew that I was gifted with the talents of a songwriter and singer, but was surrounded by many that feared that I may advance over them to the type of energy and sound I had," Peppermint told THE STAR.

"It wasn't an easy road, but I never made anything stop me from going forward. Truth is, it is just my love, confidence and the decision to work hard that got me to this point."

Peppermint earned notable mention when featured in the German Vibration Magazine in the late '90s, but it was more than a decade later that he caught the attention of music lovers after a captivating performance at the Jamaica Association of Vintage Artistes and Affiliates (JAVAA) Tribute to King of Reggae Bob Marley and the Crown Prince of Reggae Dennis Brown in 2010.

These days, he said that he has been using technology to get to his goals.

"Having started repromoting music using new technology and social media platforms, things are improving. Now that my music is available on a greater space, it has definitely opened my eyes, knowing all that was missing all these years was a platform to send my music internationally at the touch of button," he said.

For much of the reggae artiste's career, he has been associated with established reggae singers such as Gregory Isaacs, Lee Scratch Perry, Ashanti Roy of The Congos and Earl Chinna Smith, most of whom he refers to as his mentors.

"My mentors in the music industry have guided me to where am now as a prolific writer, great performer and songs that speak to great topics," he said.

With an ability to write and perform, Peppermint has released a large catalogue, inclusive of songs like Black Man Child, Ease Off, Mix Emotions, Age is Just a Number and the 1992 popular hit Nature Is Life.

He said that despite the struggles he continues to have an "impeccable love" for reggae music, which happens to be the title of his latest single and album, which he believes will do well.

As Peppermint prepares to return to Jamaica in the summer to perform and promote new music, he also plans to shoot visuals for Impeccable Love.