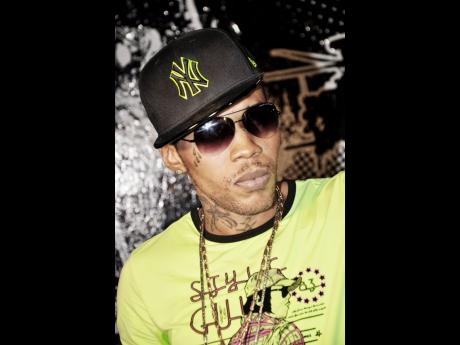 In light of a Twitter post by Fox 5 NY news reporter Lisa Evers on Wednesday that Vybz Kartel's appeal verdict could arrive within the next two weeks, lawyers of the dancehall deejay are still not sure about the appeal.

The US-based reporter announced on the platform that she had received the update from Tom Tavares-Finson, after giving the defence lawyer a call.

However, when THE WEEKEND STAR contacted Tavares-Finson, he did not want to comment on the accuracy of the statement.

Although he did not expand on the probability that the appeal would be granted in two weeks, he explained that the best confirmation could only come from the Court of Appeal: "Because they are the ones we have been waiting for."

With the circulation of Evers' post, social media users were fired up.

While there were a few persons supporting that the dancehall deejay should do the time for the crime, most were advocating for him to be freed.

Like the fans of the deejay, the lawyers are becoming anxious to receive a verdict from the court.

According to Queen's Counsel Valerie Neita-Robinson, another attorney representing Kartel, the appeal verdict was expected from the start of the year.

"We have been trying to get it from January but now we are in the month of July. Usually when they are going to do it, they send a notice but to my knowledge, we haven't gotten any as yet," Neita-Robinson told THE WEEKEND STAR. "What I do know is that we are hoping it will happen within the next two weeks."

The attorney, who has been on the entertainer's case from the beginning, said that she was not informed by Tavares-Finson that any notice had been sent, adding that "I am not aware of any of the other lawyers on the case receiving one either."

Vybz Kartel, given name is Adidja Palmer, along with fellow entertainer Shawn Storm, Andre St John, and Kahira Jones, were found guilty in 2014 of the 2011 murder of Clive 'Lizard' Williams after a trial that lasted for 65 days.

They were all given mandatory life sentences but the Conjugal Visit deejay was ordered to serve 35 years before being eligible for parole.

Campbell, Jones and St John were ordered to each serve 25 years before they become eligible for parole.