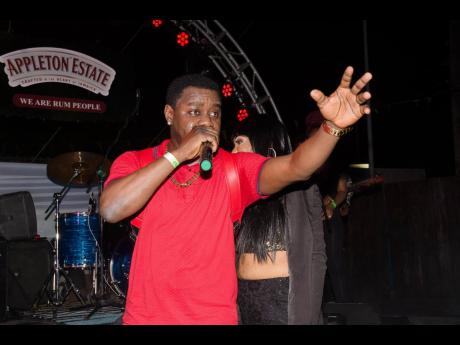 Energetic entertainer MC Nuffy has made an impassioned plea for some of the big players in the industry to assist up-and-coming artistes achieve their dreams.

His appeal is directed, in particular, at persons whose careers, he said, he helped to advance.

"Unno get mi sweat and mi tears. Mi fight hard fi unno be champion cause me see champion inna unno, so me need the support from unno," Nuffy said.

The highly rated MC, whose given name is Andre Nelson, made the comment during an interview with THE STAR last week.

He contended that many of the established artistes aren't doing their job in assisting up-and-coming artistes and acknowledging young talent.

He is imploring dancehall artistes to remember where they are coming from and how they started out.

He said that he has been using the platforms available to him to help launch the careers of many entertainers.

Claiming to have played a role in launching the careers of entertainers such as Spice, Vybz Kartel, Shawn Storm, and I-Wayne, Nuffy said he is working with a young artiste, Frass Hill, in the hopes that he, too, can be a dancehall champion.

"From all these people, if a even a 'like', a post, or a mention, just give him a strength when you see me a support a artiste 'cause unno know Nuffy always a support unno," Nuffy said.