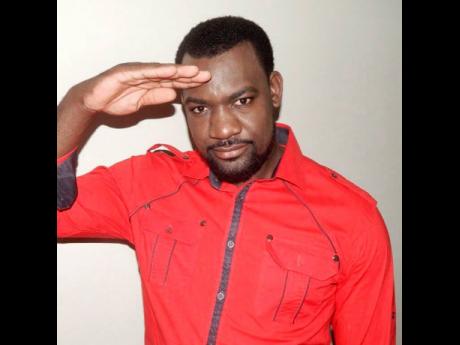 Social media blogger-recording artiste Dr Love said he is imploring entertainers and other members of the fraternity to invest in life insurance so that their fans and the government are not left the burden of covering their funeral expenses.

Dr Love, given name Christopher Crooks, said he is 'forced' to speak out after seeing the GoFundMe account that was created for late actor Louie Rankin, who died in a car accident last week.

The account, created by the late actor's partner Julie Sykes, is trying to raise US$30,000 for his daughters and to cover funeral arrangements.

According to Dr Love, too often money is wasted to fund a particular lifestyle while issues like securing final expenses are left on the back burner.

"Get a life insurance (policy). A lot of times I see them renting place for a $100,000 or more, so it shouldn't be a problem to invest another $10,000 into an insurance policy. It is not the fans responsibility to bury any artiste. A lot of them believe that because they contribute to the reggae industry, the government has to bury them," he said.

He said that entertainers put a strain on their bodies.

"A lot of us live a very risque lifestyle drinking, smoking, having unprotected sex, and exposing ourselves to a lot of dangers. Some of these entertainers have all 20 kids and don't take care of a lot of them and when they pass on, it's the same kids who are stressed out trying to bury them," he added.

He suggested that many times, persons who badly need assistance are neglected, as contributors often feel 'compelled' to bury their 'favourite' artiste.

"These artistes need to invest in funeral plots because they make a lot of money. Leave the GoFundMe for the persons who really need it. The money that is burying these people could be helping a sick child fight for his life. These entertainers need to wise up and stop stress out people. " he said.

During the funeral for the late entertainer Frankie Paul in 2017, Entertainment Minister Olivia 'Babsy' Grange appealed to entertainers to put something in place for their "departure", and not be a burden to those left behind.