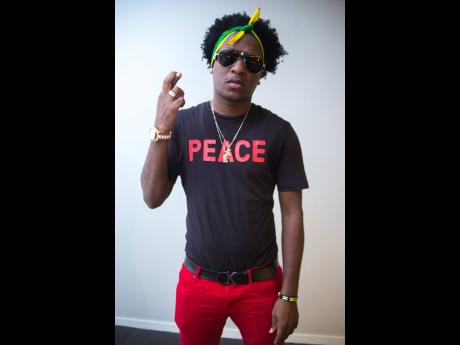 After doing two shows in Israel, globally popular dancehall entertainer Charly Black is one of the latest acts to make the trek to the Middle East and return home with historic tales.

His two shows were on consecutive nights at the same venue - and both performances were sold out. Better still, the Party Animal' s Israeli fans could not get enough as they demanded multiple encores.

"The vibe was amazing on both nights. It was just so much love. Both nights, they just didn't want me to come off stage. Even when I did, the crowd did not leave the venue. Dem stand up same place and chanted for me to come back on stage. I had to come back out on stage for encore after encore," Charly Black told THE STAR.

For each night, the entertainer estimated a crowd size of about 4,000 people.

"The venue is a very big size, and it's where a lot of big global artistes play," he shared.

For a platinum-selling artiste like Charly Black, a sold-out show is par for the course. However, selling out the same venue, on consecutive nights, halfway across the world, is impressive; and the significance is not lost on the dancehall star.

"It's always an amazing blessing to see fans come out to your shows, especially from different cultures with different languages and singing along word for word. God is in control and I thank Him every day for the blessings he has bestowed on me. But to do it in the same venue for two nights, back-to-back, is humbling and inspiring," he said.

He offered some advice for other entertainers trying to have similar or greater success.

"Music nuh stop a America. There are so many countries and markets to target with our dancehall music. So every artiste should just look at the entire world as their marketplace," he said.