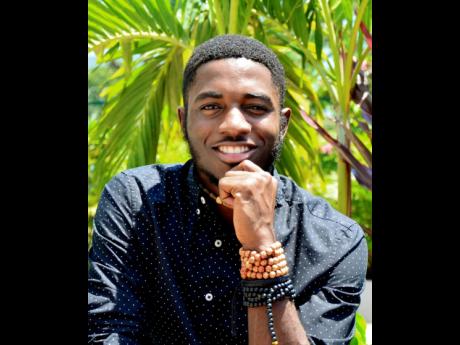 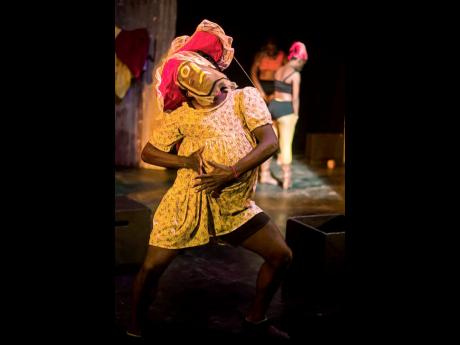 Walker in performance. He graduated with a major in drama and a minor in dance.
1
2

Once again, Jamaican language use has been brought to the fore, this time by Edna Manley College of the Visual and Performing Arts (EMCVPA) valedictorian, Waldane Walker.

The School of Drama graduate’s dramatic speech lifted his graduating colleagues to their feet when the “creole actor” ended his tear-jerking presentation with, “big up unu bl***cl**t self!”

According to an anonymous audience member, it would be unfair for the public to judge the valedictorian based on that final dramatic line.

“It was a very touching, comprehensive and beautifully delivered, well-written speech. He spoke personally about his grandmother dying – just around the time he started the course and he almost dropped out. He was crying. He was moved to tears. It was really a touching, personal testimony. And the end of it, he obviously gave in to emotion and just spoke from his guts, as a Jamaican. Is it excusable? I don’t know. But is it understandable? Absolutely, yes,” the person told THE STAR.

Walker’s achievement was dedicated to Nettie Rowe, his late grandmother and his biggest fan, and his speech was for the persevering, graduating class of 2019.

In his speech, he noted that their stories started in 2015, when EMCVPA alumna Ebony Patterson addressed that graduating class, urging them to turn the world upside down.

“I accepted that I had to be one of these artists of whom she spoke, later realising that being a student of this institution was my first loaded ammunition at this. I then discovered through Eugene Williams that I am a creole actor. This meant that among all the other actors of the world, I am uniquely possessed, not only because of my black skin or speech patterns, but by definition of my training, my dispossessed history and the will to simply produce art that speaks truth,” he said.

At the end, the emotional valedictorian told THE STAR that his passion spilt out.

“At that moment, it was in passion – having such exuberance in realising you have completed this journey, after understanding that you’ve been in an institution for four years, where the society you’re in has decided to scoff upon the degree you chose to pursue, saying that that degree in the creative industry will not foster any financial growth or longevity. But we understood that this is what we wanted. In that moment, it was all about passion – and just summarising the experience, through an expression that is Jamaican,” he said.

Walker said that reflecting on it, he wants creole to be seen as sacred and not as profanity.

“I just want to be clear that it wasn’t about being crude. I believe that we have to come to terms that these words were not created to be rude, but they were encoded inside the past we have with our colonisers, where they would not need to understand how we would express ourselves to each other. This is our language, this is our culture. We need to be able to preserve that, to see what we have before others see it,” he said.

While his fellow graduates offered extended applause, Walker went backstage and let it all out.

“Mi guh roun’ ah backstage and mi buss out inna bawlin’. I was flooded with tears. I couldn’t hold back. What people don’t understand is that, here at Edna Manely, we don’t sit and read for a degree only. We have to read and we also have to perform and do tasks that are beyond what a normal student would do. Coming to the end of that is just an overwhelming feeling – of gratitude,” he said.