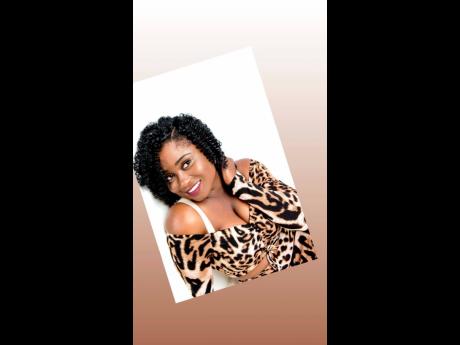 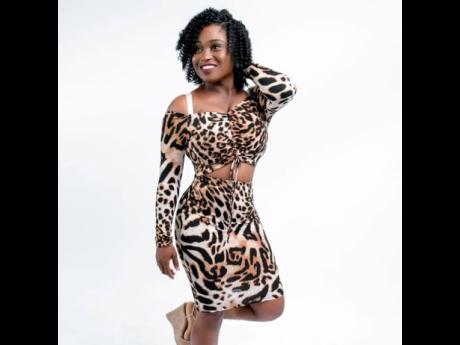 She takes motivation from the songs she writes and hopes that those songs will motivate others also. So far so good, as her first release, Never Give Up, is being hailed by her circle of friends and colleagues as a big first step in her musical career.

Her mother, a career police officer, is Kadian Graham's biggest motivator, so it's little wonder she signed up to be a district constable three years ago. However, her love for music and her singing would have begun many years before, as she recalls relatives telling stories of her singing as a little girl in her hometown of Linstead, St Catherine.

Now based in St Ann for over a decade, and adopting the stage name Shani Malaika (Shani meaning 'awesome', and Malaika, which means 'angel') she has heeded to her friends who have urged her for years to take up music, as she was obviously a talented singer. Malaika has a strong support base at the Ocho Rios Police Station, where she's based, and in her community of Davis Town.

"I started taking music seriously from 2017, but I've always been singing -- at church, at functions, all over the place. I've always been getting comments like, 'Why you don't take it serious?' I started thinking about it; I'm always shy, but I decided to make that step," Malaika told THE STAR.

Released in June, Never Give Up has lyrics such as "All you got to do is put yourself first and believe that you can do impossible things that you've only dreamed". The song is aimed at persons whose confidence is being eroded by naysayers.

"It's really a motivational song for persons who have been in situations where they always have people telling them, 'You can't do this' and 'Yuh naw go mek it, yuh know'; always a try fi tear them down. So this song is really to uplift those struggling, to uplift them, motivate them, hence the name Never Give Up."

"Even me, I was going through something similar to that and I decided that I have to be my own motivator. I can't give them what they want by being down and depressed because you have some people, that's what feeds them -- to tear down other people."