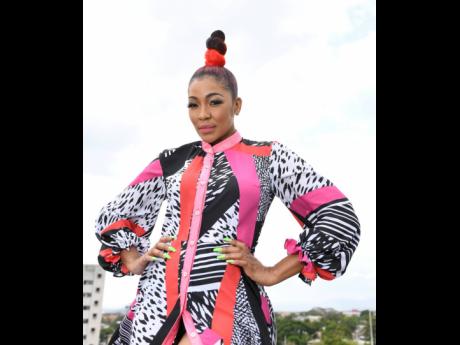 Dancehall artiste D'Angel has lauded the decision of Good Good Productions to add more female talent to their label.

The No Worries deejay said that with music being largely male-dominated, the addition of more women would redound to the benefit of the industry's development.

"It is refreshing because female artistes go through a lot of struggles in the entertainment space. I am happy for them because any time a next female gets a break in this industry, it's a good look for all of us," D'Angel said.

The self-styled 'Lady of Dancehall' has enjoyed a close relationship with Good Good Productions. She describes it as "a lifetime, unbreakable musical bond that nothing or no one can mash up".

"I gave them their first number one song, titled Breakfree that has been in the people's hearts since 2010. And now we have a new single out called Ah Mine that has been doing really well, so we more than good. I may not be signed on paper, but mi sign wid Good Good for life. I'm here to stay," she said.

Good Good Productions recently added Denyque and Shaneil Muir to its list of artistes. The two have been atop YouTube-trending charts locally with Same Guy, a track built around the concept of two best friends finding out that they have been sharing the same man.

"When we find out the two a wi had the same man, we decided we weren't gonna fight over no man; instead ,we a guh respect we self and fight the boy and get him out. It's all about girl power," said Denyque of the song. "What we want to do is send a message that real top gyal nuh do dem fight over man sup'm deh because we a nuh yamabella," Shaneil Muir added.

D'Angel also said that she is gearing up to release an EP which, she believes, will showcase some of her best work yet.