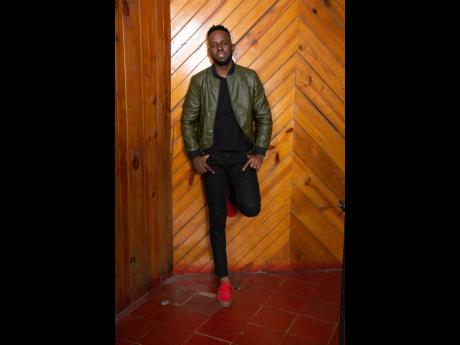 There was a recurring theme in Mykal Malachi's interview with THE WEEKEND STAR: be the change you want to see. The gospel artiste shares how he didn't see edgy, yet clean music being made for the youth, which sparked his latest release, Peppa Sauce.

"I believe the frustration of seeing so many negative things really propelled me to add my contribution because there's so many slack things that the youths are listening to and I decided to play my part, give my contribution and add some value to it," he said.

"I wanted to send something that is hardcore, vibesy and clean. A lot of youths have been tuning in and inspired so far, so it's very impactful and creating a wave."

"I know Aidonia has a song called Peppa Sauce, but this coming out and how it is used as a metaphor is beyond the normal thinking," he said. "The whole essence of the song is to light up your space and at the same time leave a mark wherever you go by doing something good or positive."

Given name Michael Taylor, Malachi spent his formative years in Spanish Town, St Catherine, where he recalls "singing in the bathroom" as an early sign of his musical destiny.

After baptising in 1998, he devoted his time to youth ministry and has occupied various roles in church. Today, he is an international chaplain and life coach with a degree in computing and information technology from the University of Technology.

Malachi was driven to do more as a man of God by using music to "spread light, love and positivity because people are being led astray in this time".

He made his recording debut in 2013 and has steadily built a catalogue with tracks such as A Better Life (with Tiffany Levy), Rise to Greatness (with his wife Alicia), Prayer of the Teacher and Plenty Plenty. These tracks are featured on his debut EP, Rise to Greatness, which was released last year.