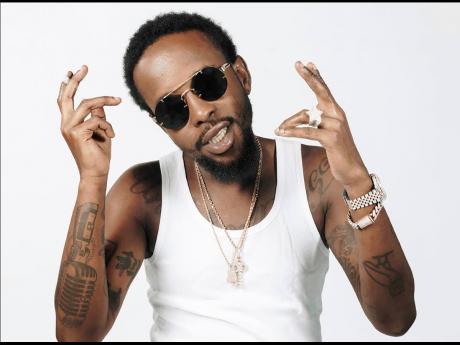 Dancehall artiste Popcaan is pleased with the outcome of last Thursday's court proceedings, which saw him being fined $10,000 after pleading guilty to breaches of the Road Traffic Act in the Yallahs Traffic Court in St Thomas.

This according to his attorney, Matthew Hyatt.

"The matter is closed and he is satisfied with the outcome," Hyatt told THE STAR. "Of course, you know he had expressed his grouse on social media regarding police targeting him, but it was the best decision in terms of him paying the fines because, of course, it's a small amount -- speaking generally -- so that was the best outcome. It's behind him now and he's okay with the matter."

Popcaan was charged in April after he was arrested. The deejay was travelling with an entourage in a nine-vehicle convoy in a section of Bath, St Thomas, when he was stopped by police. His fines came ahead of the approved amendments to the fixed penalties for offences under the Road Traffic Act in Parliament last Friday.

"Consequently, it was a perfectly timed plea because the Road Traffic Act was amended shortly after that," Hyatt said. "It would have been significantly more and without the guilty plea, there would have been the possibility of him being fined more money had he gone to trial and been found guilty. So in terms of pleading guilty now, he has not wasted the court's time and, of course, his time."