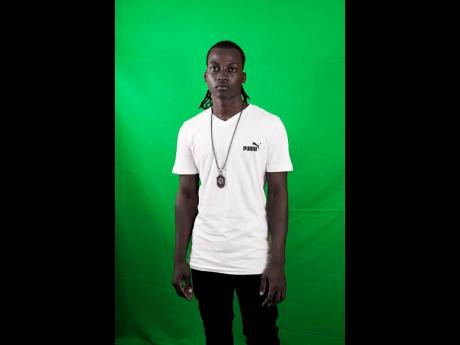 Songs about the debilitating nature of poverty aren't a novelty, but a song declaring " poverty affi dead, any weh mi buck it up a one inna head" surely is.

Peppa Skull said he received the Jah Only rhythm - produced by Bossy Record - from his father when the concept came to him.

"To be honest, I was actually writing a war song, but I know that my father wouldn't like it, so I just used 'poverty' instead of someone," the 20-year-old told THE STAR.

"When I heard the rhythm, I was just writing and vibing to it, switching from lyrics to lyrics, and it just came to me."

He has valid reasons for calling for the death of poverty, one of which is to buy his mother a "nice jeep", which he mentions in the song.

With the current feedback to the track since its release last Friday, he hopes it will allow him to make that dream a reality.

"The feedback has been really great. I didn't expect because it's my first single but everyone who has heard it, loves it," he said. "I'm looking for it to go really far so, hopefully, it can help me to at least start saving to buy my mommy the car."

He is also hoping to premiere a music video for the song in the near future.

Given name Collister Nugent, Peppa Skull is a graduate of the Garvey Maceo High School, where he would work on his songwriting skills between classes. He admitted that he had no intention of doing music and was heavily influenced by his father to venture into the industry. He got his moniker from a self-assigned nickname, ditching the "Likkle Pepper" alias his dad had given him as a child.

With his own style, which he described as reggae-dancehall, he believes his purpose in the music arena is to "bring more positive vibes to try to motivate the youth dem".