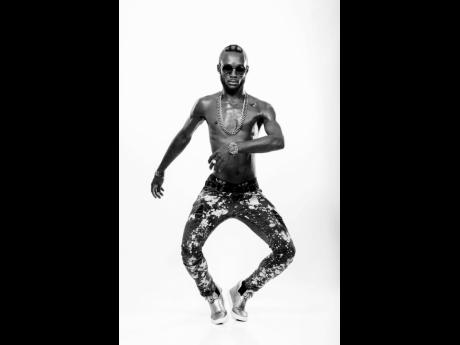 Popular dance choreographer Raddy Rich is excited about having his first dance class in California tomorrow.

The session will be held in North Hollywood and will see Raddy Rich teaching the rudiments of dancehall moves, from ska to his own moves like 'Bounce' and 'Badda Wave'.

"I know it's gonna be amazing, I know it's gonna be the bomb," Raddy Rich told THE WEEKEND STAR. "I'm having a live DJ, Mysta Crooks from Jamaica, and I'm keeping it authentic. I'm showing where it started so they can understand and feel the culture, people, and struggle and pain behind where these dances are coming from. I'll also be teaching moves that are popular in Jamaica now like 'Dirt Bounce' and whatever move I teach, I'll be telling them who created it."

Raddy Rich said that it was his experiences in Los Angeles that inspired him to stage the class there. He was also encouraged by famed dancers Les Twins to organise the class.

"There are a few teachers here who have been teaching dancehall, but I don't think they have the roots of it. It's not fair for me to be here as somebody who's been in dancehall for decades and seeing them doing it wrong and not correct it," he said.

He reached out to his peer Blacka Di Danca, whose Danca Mafia movement is helping to pull off the event.

For 2022, he is gearing up to release new music under Danca Mafia. He is also working with Kanema, Sean Kingston's sister, on an upcoming TV programme called WAP (Workout After Pregnancy) Fitness. His own clothing line is also in the works.

Raddy Rich, whose given name is Rohan Lyttle, started dancing in his Portland hometown at age 13. He recalled sharing spaces with the greats like Bogle and Ice, and gained more prominence in 2011 after relocating to Kingston. He has since copped several accolades and toured the world teaching dancehall culture.

"I'm trying to use dance to share the positive energies and positive sides of Jamaica and the people," he said.

Among his credits is the 'Crossover' dance form, a style fusing dancehall and hip hop moves, which he said gave him the edge in choreographing videos for Nicki Minaj, as well as Sean Kingston's Dutty Love and Drake's Find Your Love. Raddy Rich is also featured in Nick Cannon's movie King of the Dancehall.