Jae Prynse investing in his future 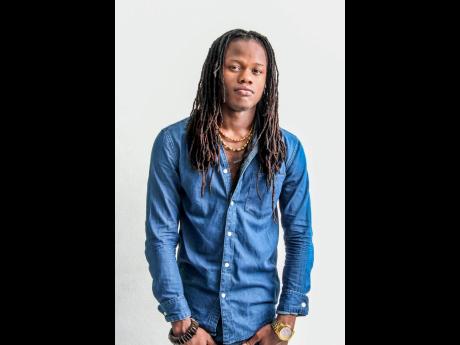 Last year, dancehall entertainer Jae Prynse inked a publishing deal with British independent label Defenders Entertainment, which helped him to fulfil one of his entrepreneurial dreams.

"I was always drawn to the transportation of goods and people and also wanted to be a provider of haulage services when I was younger. Other artistes may go splurging but I had the dream before, and so I spent my first big dollar to invest in the business of transportation. I purchased a box truck to kick-start that dream," he told THE STAR.

Jae Prynse revealed that he purchased several vehicles in Jamaica to start, but, having relocated to the US, it became hard to manage the business from a distance, and things never worked out.

"But, since November 2021, my wife and I started Jamerican Teleports LLC and we do haulage across American states and Canada. It's still very new to us, but we are learning to become great in this field," he said. The Broke Life Dead artiste has also established his own record label, JPMG, which he believes was "the one key element missing" to maintaining a high level of consistency and quality in his music.

He said: "It's my own label, my own movement, my own settings. So, everything I do now revolves around what I do. Not me waiting on this and that person to make a move. I have the abilities to be consistent because consistency is what I was lacking. With everything set up round myself, I know I can be successful in this thing. It is important to establish your own label because it gives one insight on what the business requires as it relates to breaking an artiste and keeping the artiste going."

Named as one of the fast-rising acts to receive a breakthrough in 2021, Jae Prynse says he owes his success to the creativity demonstrated in singles like Who Feels It Knows It (2015), Try Harder (2017) and Faker To A Friend (2018), which allowed him to connect to listeners of dancehall music who became part of his core fan base. He expressed the view that the dancehall culture in California, where he currently resides, is similar, and he has received tremendous support. His latest single, Raw Vacation, which is produced by Romieikon, has helped to solidify that he has a place on the local and international scenes.

"Jamaicans should be delighted when they hear our young artistes wanting to explore other genres and countries, mainly because it takes the artistes' career and brand to another level and, whichever music or wherever the artistes are, they will always be seen and recognised as Jamaican. Raw Vacation is that ... and shows a side of me [that] people have not seen yet," he said.

"Going somewhere else is about expanding what you have started from Day One. Keeping the Jamaican fans is keeping to your roots. Experiment, but remember where the root is," Jae Prynse continued.