Wilfulskilful determined to ‘turn the tables’ 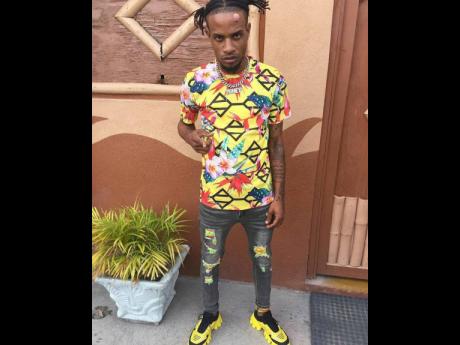 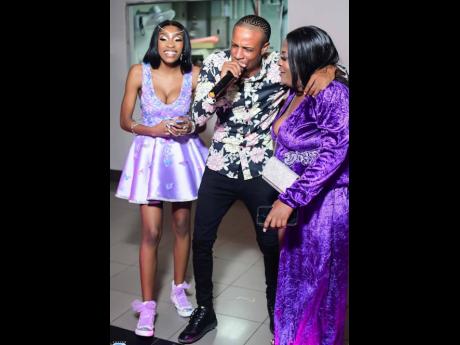 Wilfulskilful (centre) is flanked by his sister Ayauna Williams (left) and his mom Tanya Brissett at a family get-together.
1
2

Night after night, Wilfulskilful has been seen circling the dancehall. It has been tiresome but well worth it, he said, knowing that his music is finally getting the attention it deserves.

"In 2019 when I did Dominate, me really think it woulda be my breakthrough, but me never have no manager or nothing like that," he told STAR on the Rise. "Now things a deal with differently and every night me deh inna di streets like the white line and my new song a get play. Me know this a send me through the gate. Even if it nuh play one night, I'm grateful because the selector dem a play it without me haffi give nuh money."

The entertainer, who hails from the Seaview Gardens community of St Andrew, said that for several years his mother Tanya Brissett acted as his 'defender', often 'badding up' selectors to play his music. He assured that the music is worth the listen and that he performs music with substance.

"I'm trying to be an example for my five-year-old son. He knows all my songs. Up to couple days ago, me see him a try spread the bed and fold up towel because him see seh me tired from all the nights in the streets, and him only say 'Daddy, me want yuh music deh a road and buss big'," he said. "From mi likkle son a look pon me and a tell me that, that only motivate me to go harder. So me make sure a bare strong food me a beat up, porridge and fruits."

Wilfulskilful, given name Mark Pellington, expressed that he did not know what hard times were when he was growing up, even though it might have been difficult for his mother to raise six children, of which he is the eldest.

He said: "Me never start face sufferation until when me inna me 20s. My mother never make me short a nothing and she make sure grow me good because me coulda turn a bad man if me did waan...me see nuff round me. But I don't see that future for my son and as me say 'tables aguh turn'."

His latest song Tables Aguh Turn produced by Majeed Taylor, is about persons who believe they have failed to make a change for themselves no matter the circumstances.

"If yuh nuh firm in these streets, you will be easily directed into the wrong direction because people in rough communities like pull down others weh a do good. Make sure if any tables a turn, a you a turn dem fi yourself. One day momma I'm gonna make you proud just wait...a my best friend that. Out of my first million mi mek, I would give her half of it and some to my son's bank account and invest the rest in making our family home more comfortable," he said.

"So respect to all the selectors such as Boom Boomand Harry Hype, DJ Tom and artiste like Bounty Killer who see say me double determined to win and the Ravers and all the disc jocks that sent my music a road," Wilfulskilful continued.